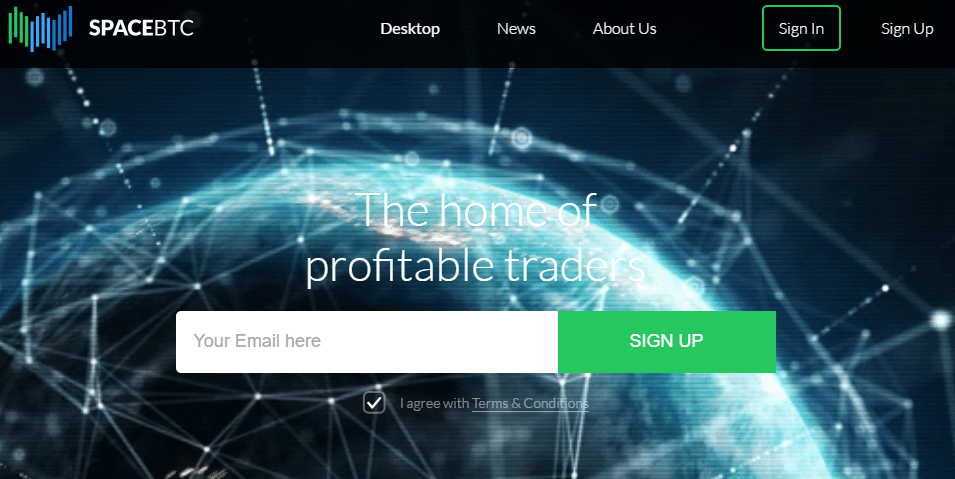 A new Bitcoin exchange has been just launched in Europe amidst the continent’s struggle to recover from the recent economic struggle.

SpaceBTC, as the exchange is titled, has announced that it will operate from the fintech capital London, with teams that will work relentlessly from Moscow and Seville to build great Bitcoin offerings.

According to SpaceBTC website, the parent company was incorporated on the 20th of November last year, and the Bitcoin trade platform will be satisfying the trading needs of both B2B and B2C customers. At present, SpaceBTC allows users to trade Bitcoin and Litecoin. But soon enough, the platform will be introducing other currencies and commodities as well.

In a statement to the media, the CEO of SpaceBTC Denis Donin has said –

“We’re proud to finally present our service to the Bitcoin community. It has been over a year of an active development process, but all the efforts have paid off, as there has been loads of positive feedback from our customers and partners after the launch.”

SpaceBTC has been interacting with the banks like Barclays and blockchain intelligence firms like Chainalysis – an alumni of Barclays Fintech Accelerator to ensure the platform’s compliance with known Know Your Customer and Anti-Money Laundering regulations. In addition to it, the platform also incorporates few interesting features like a faster matching engine, SMS and Telegram based two-factor authentication systems, tight spreads, free leverage and short sales etc. SpaceBTC offers multiple payment methods for its customers to deposit money into their accounts on the platform. The payment options offered by the platform includes SEPA, OKPay, Visa, MasterCard, Moneypolo, Perfect Money and wire transfer, thereby allowing the customers to deposit fiat using the method of their choice.

“We’re excited to say that it’s only a matter of days until we launch Ethereum trading as well. In bigger picture, we want to bring our service to as many users as possible, therefore we are considering penetration to new markets. Our vision involves becoming a trading multiplatform, offering instruments beyond cryptocurrencies” – Denis Donin, CEO of SpaceBTC

As per the platform’s development roadmap, SpaceBTC has Ethereum support slated to be introduced in the coming days. Meanwhile, users can benefit from the 0% trading fee promotional offer for the next 11 days.

Bitcoin is becoming close to mainstream in the European continent. Recently, BitStamp became the first bitcoin exchange to receive financial services license from the Ministry of Finance of Luxembourg, effectively allowing it to operate across the European Union as a recognized financial services company. SpaceBTC can definitely benefit from this improved reception of digital currency platforms among the governments and members of Bitcoin community.