Stox, a Market Platform by Invest.com to Use Bancor Protocol 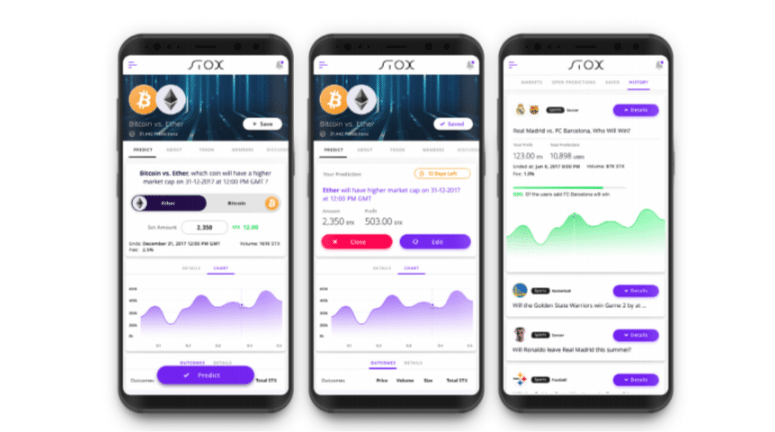 Invest.com, the leading trading and portfolio management platform has announced its plans to launch Stox, a blockchain based prediction market platform. It will be built on the recently introduced Bancor protocol and powered by Stox’ own smart token, STX.

Invest.com announced the new development in a recent press release. The company made the decision after analyzing multiple blockchain platforms. According to the release, the team responsible for selecting the suitable platform found Bancor to be the best blockchain based liquidity solution. Based on the recommendation, the company has chosen to create STX tokens, which are backed by BNT reserves.

Following the selection of Bancor as the preferred blockchain, the Chief of Product at Bancor, Eyal Hertzog said,

“We are excited to collaborate with Stox and support their effort to become a pioneer member in the Bancor network. We believe that the guaranteed liquidity and the stability of STX will benefit token holders, the Stox project at large and provide a strong case study for the Bancor protocol.”

Stox is expected to announce its token sale soon. During the token sale, the platform could allow investors to purchase STX tokens against Ether and BNT. Once the platform is launched, users will be able to buy the tokens for use on the Stox platform directly from BNT smart token using Ether. The token could also get listed on leading exchange platforms in the near future.

Compared to other platforms, Bancor protocol makes allowance for built-in price discovery and a guaranteed liquidity mechanism for tokens on smart contract blockchains. The feature will allow applications like Stox to automate the purchase process over smart tokens with ETH.

“Stox is a transformative step in our journey, as it allows us to combine the power of blockchain with the array of infrastructure, technical, sales, and marketing assets that are currently powering invest.com.”

The company describes Stox as an open source prediction market platform that makes use of the crowd-wisdom to offer predictions for various events. The supported categories include finance, sports, politics and even weather. All transactions happening on the platform will be carried out using STX.

Bancor has already gained widespread market acceptance following the highly successful ICO. The platform’s adoption by Stox is just the beginning, and the blockchain protocol could soon witness a widespread adoption.