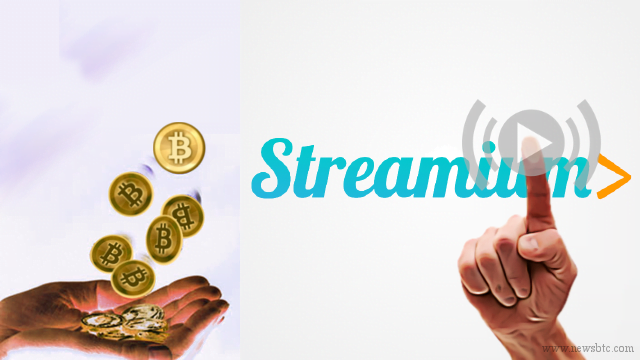 So often it happens that the viewers leave the paid video streaming in midway. It subsequently ends up divesting the broadcaster from being paid — even for the part that was consumed by the viewer. They [the broadcasters] therefore choose to operate via trusted companies, such as Netflix,  that offer marketing, streaming and payment services — all at the same time.

The core focus of Streamium, on the other hand, is to create trust between two parties, without needing to hire any middlemen or commission-hungry companies. To make this possible, the service borrows from the Bitcoin’s underlying technology — the blockchain — to verify and record the transactions before the video broadcaster and its viewer establish a connection. This type of transaction enables streamers to charge viewers on pay-per-second (or minute) basis.

Demian Brener, one of the Streamium developers, further explained the applicability of their new service. “We envision Streamium as a decentralized trust-less video streaming platform, allowing pay-as-you-go video communication between anyone on the internet,” he said.

“We want to empower teachers, coaches, performers, sportsmen and gamers to connect with other people online and broadcast their services or experiences to anyone in the world in exchange for money, without middlemen.”

Perhaps the biggest challenge in implementing a pay-per-second video streaming service is breaking down the payments in micropayments. Streamium therefore has kept its bets on a rapidly-adjusted micropayment channel protocol. This simply indicates a ChangeTip-like centralized service where viewers will be able to “tip” the online broadcasters instantly, without any delay.

“By using a micropayments channel,” Brener explained, “we can break down the payment to a per-second basis while avoiding the need to pay hundreds or even thousands of miner’s fees, ensuring high security and low costs.”

BitStarz Player Lands $2,459,124 Record Win! Could you be next big winner?
Get 110 USDT Futures Bonus for FREE!
Tags: bitcoinbitcoin technologyblockchainNewsonline video streamingProductsStart-upsStreamiumvideo streaming
Tweet123Share196ShareSend
Win up to $1,000,000 in One Spin at CryptoSlots