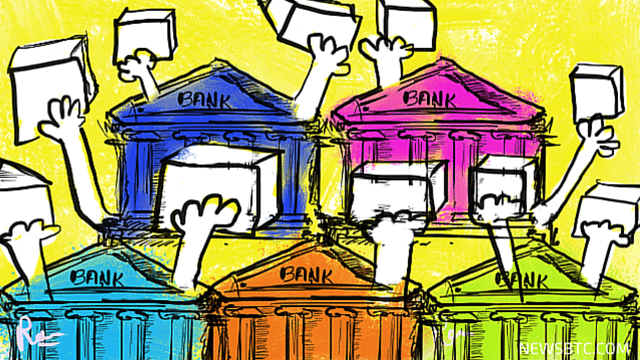 When it comes to security, the conventional financial system is no better, if not worse off than the Bitcoin ecosystem. The latest communication sent out by SWIFT (Society for Worldwide Interbank Financial Telecommunication) to all its member banks specifically highlights that.

SWIFT is one of the leading global banking networks that facilitates fund transfers between banks across the world. The notice to member banks lists few hacking attempts on the banks and banking network in the recent days. It calls for banks to upgrade their cybersecurity at the earliest, in the wake of multiple breaching incidents.

SWIFT had already asked banks to focus on the latest security implementation after $81 million was stolen from a bank in Bangladesh. In recent attempts, hackers using sophisticated methods have been marginally successful in illegally authorizing fund transfers over SWIFT. A news report carried by a leading news media publication quotes the original SWIFT letter saying:

“Customers’ environments have been compromised and subsequent attempts were made to send fraudulent payment instructions. The threat is persistent, adaptive and sophisticated – and it is here to stay”

A Department of Homeland Security-funded study shows that 67 US banks and more than 20 securities exchanges were attacked during the same period. However, the study doesn’t factor unreported incidents of cyber attacks which banks and other financial institutions prefer to keep under wraps fearing loss of credibility and customer trust.

The SWIFT memo to the banks mentions multiple “successful attacks” on banks since June 2016. Unsurprisingly, the news about most of these alleged attacks never made it to media. With many such attacks going unnoticed, it is quite evident that the security issues faced by cryptocurrency platforms and transactions are not unique to Bitcoin. Moreover, it is easier to track the flow of funds over the blockchain than trying to find the cash trail.

Banks that are part of SWIFT network have time until November 19, 2016, to upgrade their security. Those who don’t comply will be reported by SWIFT to respective regulators and banking partners. Unless banks wake up and take necessary precaution, they are putting not only their credibility at risk but even the hard earned money belonging to millions of people.

Tags: banksbitcoinBitcoin Newsblockchain technologycyber securityhackingNewsswift
Tweet123Share196ShareSend
BitStarz Player Lands $2,459,124 Record Win! Could you be next big winner? Win up to $1,000,000 in One Spin at CryptoSlots