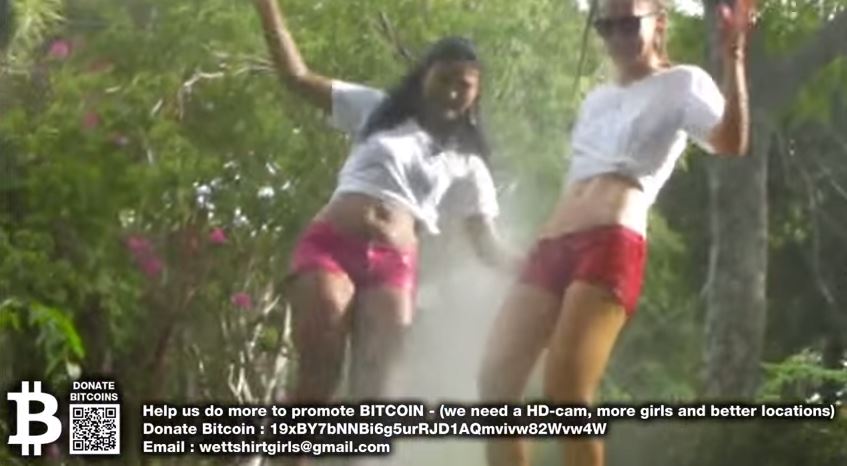 Many cryptocurrency firms have been creating campaigns to make the public aware of their services. Some of these companies have made strong efforts to stand out by using bold advertisement Campaigns. Many have had an immense success while others have failed even though the launched some serious campaigns:

BitPay, the popular payments processor famously sponsored a college football game called The Bitcoin Bowl; though the company later abandoned its deal with ESPN when it didn’t draw as much attention to the cryptocurrency as expected.

It seems like sex sells and some companies focused on the Sex Industry have seen an opportunity in the digital currency.

Mr. Anonymous and the Wet T-Shirt Girls are a group of three online personalities who have made it their mission to promote bitcoin in what is arguably the creepiest way possible.

Mr. Anonymous, a man in a Guy Fawkes mask, and his two bikini-clad sidekicks make videos for the Google Inc GOOG 0.63% and GOOGL 0.39% website in order to raise awareness for the cryptocurrency. The videos depict the women doing things like getting doused with water and spanking each other with printouts of the bitcoin symbol paper-clipped to their bikinis.

Mr. Anonymous tried to lay out the group’s overarching message, though his twisted answers left much to the imagination. The group, he said, wants to “get the message out there in a fun way.”

Digital currency enthusiasts similarly blanket the web with blog posts and articles explaining the cryptocurrency’s benefits, but one group of bitcoin fans have taken the promotion to the next level with sexually-themed YouTube videos.

When asked about his opinion of bitcoin, Mr. Anonymous stated he was a strong believer in the digital currency, considering it as “an opportunity for mankind to do good deeds.”

The group says they will use the funds to create more bitcoin promotion videos though so far their donations total just $20. If the group is able to raise more money, Mr. Anonymous says they will create the ultimate video.

For viewers who enjoy Mr. Anonymous’ videos, a QR code at the end allows them to make donations.

Tags: bitcoinMr. AnonymousNewsOtherWet T-Shirt Girls
Tweet123Share196ShareSend
BitStarz Player Lands $2,459,124 Record Win! Could you be next big winner? Win up to $1,000,000 in One Spin at CryptoSlots