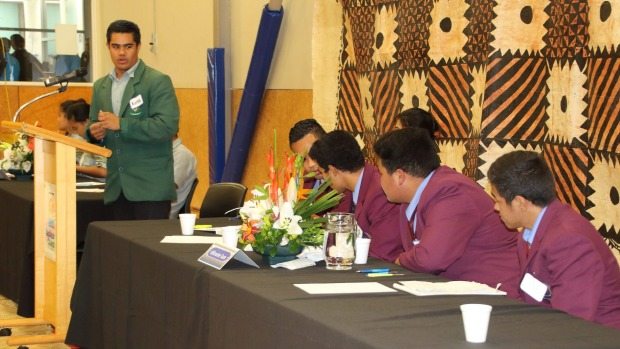 The Block Size Debate – Didn’t We Have Enough of It Already?

The Bitcoin block size debate rages on. It has been almost a year since we started hearing the Bitcoin community fiercely contesting about whether to increase the bitcoin block size from the existing 1 MB or not. Both the sides have so far come up with some valid arguments, of which few are very convincing towards both the causes.

Recently the “Jesus of Bitcoin”, Roger Ver wrote an article about why the Bitcoin block size needs to be increased. In the article, he compares the Bitcoin blocks to Starbucks (NASDAQ : SBUX) coffee outlets as an analogy to drive the point home. Those against an increase in the Bitcoin block size believe that all the blocks on the bitcoin network should have their block spaces completely filled with transaction data. However, Roger Ver explains that if all the Starbucks joints have a pre-fixed limited supply of coffee – and always running out of it when the demand increases – then there is no way they can expect growth, which in Bitcoin’s context translates to the capacity of the blockchain to process transactions.

Increase in the block size may result in an increased processing power and storage requirements, all of which can be supported easily (taking Moore’s law and progressively cheaper storage into consideration). But at the same time, it also makes it convenient for bitcoin users to execute transactions economically.

There are always two sides to a debate and it is no different here. Another article on the same platform contests Roger Ver’s opinion. Some of the points raised in the article and possible responses are as follows

Satoshi Nakamoto limited the block size at 1 MB to prevent DDoS attacks on the network. Should we attempt to change it?

While the elusive Satoshi Nakamoto limited the block size to 1 MB, he also made an allowance to increase it in the future. Also, the adoption of Bitcoin when it was created was virtually non-existent and the block size was fixed keeping the existing users in mind while making an allowance for some future growth. Now, the Bitcoin network has grown huge and people continue to use it for transactions, making it perfectly reasonable for the blockchain (including block size limits) to evolve.

Bitcoin users do not care about transaction charges

They do, or at least a portion of the Bitcoin community does. Bitcoin is not just to buy stuff on the deep web anymore. It is increasing being used as a regular mode of payment alongside fiat currencies, for cross-border transactions and also smart contract applications. All these will benefit from increased block size. One can’t just wait in front of a Starbucks counter for over half an hour waiting for the confirmation of bitcoin transaction while the coffee goes cold. Cross-border transactions are much easier with bitcoin, both in terms of time and cost compared to conventional services. If the cost of bitcoin transactions is to rise drastically due to increased miner fees and network backlogs, why would a casual user even bother to use it to make perfectly legal transactions? He would rather use conventional methods of transactions which are more efficient than the Bitcoin network when it comes to handling high transaction volumes.

Lightning Network is a great concept and it is still being tested by few companies. Theoretically, Lightning Network can increase the transaction handling capacity of the Bitcoin network, but it still requires the transactions to be recorded on the blockchain. Technically it makes sense to use it for repeated transactions between two parties, but many people make one-off transactions unless they have a tab open in a bar (popular use case). The connection is kept open for a limited time between the parties (24 hours) and unless a person is shopping at H&M (STO : HM-B) or Macy’s (FRA : FDO) the whole day, paying for each item he/she bought immediately before reaching the check-out counter it may not mean a lot to many users. It is rather convenient to pick everything and pay the total bill in one transaction at the check-out counter.

Increased block size will also enable blockchain based content and records management systems to have the entire content securely stored on the blockchain (even though not advisable), than just the cryptographic hash values of the documents.

The block size debate has turned into a never-ending one. There is no single fix-all solution for scaling the Bitcoin network at the moment. It is time for both the parties to make some compromises and work towards improving the Bitcoin network than waving their sticks at each other hoping for the other camp to accept theirs is longer.

Tags: bitcoinBitcoin Newsblock size debateblockchainblockchain technologyNewsOpinionRoger Ver
Tweet123Share196ShareSend
Win up to $1,000,000 in One Spin at CryptoSlots