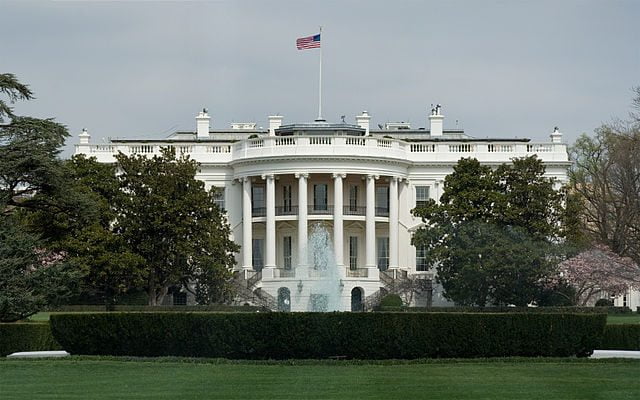 The White House Shows Interest in Bitcoin and Fintech Sector

The use of Bitcoin and Blockchain technology is now being discussed at the highest levels of governance structures currently in place. The White House, the seat of US Government has found the emergence of digital currencies and their underlying technology hard to ignore. The emergence of a new blog post written by none other than the Special Assistant to the President of United States for Economic Policy – Adrienne Harris stands proof of it.

Published on the 10th of this month, the post titled “The Future of Finance is Now” on the official blog site of the White House, the article discusses about how customers have started to handle their finances in the recent days and the way financial systems function, either to support or hamper the way customers deal with their finances.

The blog post by Adrienne is an update about the recently held event at the White House, where all major stakeholders in the Fintech industry were invited to a meeting. The attendees included who’s who from the conventional financials services, fintech startups, investors, thought leaders and policy makers. The event was primarily organized to understand the changing landscape of the financial industry and how customers and businesses are adopting it so that the economic policies can be framed accordingly to benefit both financial businesses and customers.

The panel discussion during the White House event was moderated by Penny Pritzker, the Secretary of Commerce where the main focus was to identify ways for the government to ensure that the fintech sector, including the emerging digital currency technology-based companies and entrepreneurs working in these sectors, have the capacity and resources to build what is required to advance the industry.

Others involved includes the Small Business Administration, Treasury Department, Urban Affairs, Justice and Opportunity, Council of Economic Advisors, US Agency for International Development and more. The Treasury Department, which plays an important role in the financial system of the United States, during a panel discussion touched upon the subject of innovations in financial services and how it can be used for the benefit of entrepreneurs, both present and future through marketplace lending, payment processing systems and more that can help cut short the circuitous way of accounting, inventory management, fraud protection and cyber security.

The active involvement of White House marks the emergence of public-private partnerships to achieve broad systemic improvements in the fintech sector, while supporting a broad economic growth of the nation. It also reflects the sentiment shared by many governments across the world when it comes to blockchain and bitcoin technology, which are in fact the driving force of current fintech sector.

If things go according to the plans, then we can expect the government to be not only more receptive to bitcoin and blockchain technology but also help them grow.

Tags: bitcoinBitcoin Newsblockchainblockchain technologygovernmentNewsPresident of United Statesthe white house
Tweet123Share196ShareSend
Win up to $1,000,000 in One Spin at CryptoSlots