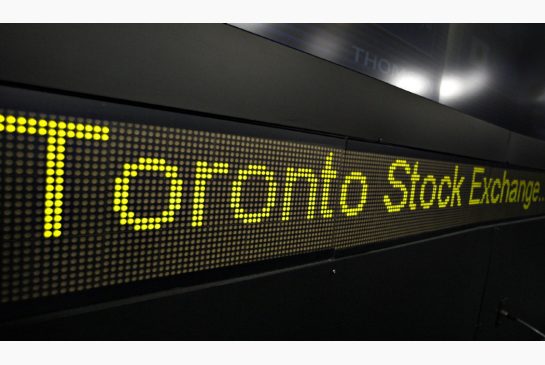 The use of bitcoin’s underlying technology is growing among fintech players. The capability of creating self-executing smart contracts using blockchain technology has proven to be a deal-maker in the case of stock exchanges and trading houses. While the banking sector explores its potential to facilitate fast and inexpensive fund transfers between branches across geographical boundaries, stock exchanges are looking into the smart contracts and automatic settlement features.

Anthony Di Iorio is a well-known personality in the cryptocurrency circles. He is one of the founders of Ethereum – the next big thing after Bitcoin. He is also the founder of Kryptokit and Decentral along with being a key member of the Bitcoin Alliance of Canada. He has now been appointed as the Chief Digital Officer of Toronto Stock Exchange. The appointment of Anthony Di Iorio in January was announced by the Chief Executive of Toronto Stock Exchange’s parent group TMX Global Enterprise Services.

Jean Desgagne, the TMX Global Enterprise Services’ chief executive, while speaking to Venture Beat also mentioned that the appointment of Anthony Di Iorio has come at the time when Canada’s largest stock exchange is exploring the potential and capabilities of the blockchain technology.

Toronto Stock Exchange’s Australian counterpart, the ASX had announced its plans to upgrade its existing trade settlement system with a new blockchain powered system. It has listed the help of a well-known blockchain based financial solutions provider – Digital Asset Group Inc. to develop the system for them. Meanwhile, Nasdaq recently unveiled its private markets blockchain project called LINQ by the end of 2015.

With blockchain powered trade settlement systems, stock markets can settle transactions as soon as a trade is executed. The conventional systems currently used in almost all the stock markets take a long time. With conventional trade settlement systems, the investor will have a portion of his funds locked up until it is processed. Under volatile market conditions, it may mean a great loss of opportunities as he will be unable to invest the funds that are still under process back into the market to profit from it. However, blockchain based trade settlement systems make use of smart contracts that are already in place, which gets automatically executed as soon as a trade is finished. Once the smart contract is executed, the necessary paperwork (or its digital equivalent) is synced with the blockchain, initiating the settlement process. If the investor has to receive funds or trade stocks from a previous trade, he will be able to do so in a matter of minutes

Tags: anthony di iorioethereumJean DesgagnekryptokitNASDAQNYSEToronto stock exchange
Tweet123Share196ShareSend
BitStarz Player Lands $2,459,124 Record Win! Could you be next big winner? Win up to $1,000,000 in One Spin at CryptoSlots