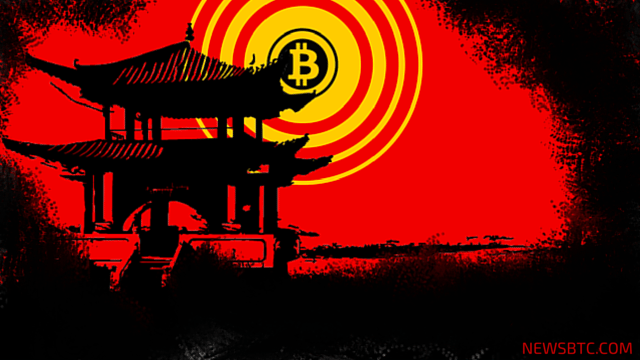 UnionPay Crackdown on PoS Terminals May Turn into Bitcoin’s Gain

China has been known for its strict control over capital outflow; the government has introduced regulations that limits capital outflow to 50,000 yuan per year per individual. However, the Chinese have been innovative at finding different ways to move money out of the mainland to invest in overseas assets. In the wake of the recent devaluation of yuan, the Chinese government has woken up and tightened the screws around illegal overseas transactions.

As the Chinese government is trying to stabilize the economy by devaluing the currency and liquidating its foreign exchange reserves, increased capital outflow threatens to make the whole exercise futile. Once Chinese officially decided to devalue the yuan, it created panic among citizens, and they realized that the value of their hard-earned money and savings was going to drop. This led to a new wave of outward capital flow, as they preferred to park their savings and funds either in different currency denominations; however, in order to be able to do that, they had to find ways to circumvent the capital controls.

The Chinese found different ways to do this; from underground banks to fake credit card charges to bitcoins, they have considered all. The government of China recently cracked down on underground banking in the country, leading to the search, seizure and closure of many such establishments. However, the credit card channel was overlooked until the surge in transactions became noticeable.

Merchants had been misusing the UnionPay electronic cards payment system to circumvent capital controls. It has become a norm for people to cash their UnionPay credit and debit cards in places like Macau and still show these transactions to have happened on the mainland–by doing so, they will be able to spend more than the allowed limit outside the country. Alternatively, the merchants use the same machine to charge the cards and hand over cash to the customer for making purchases, investments etc.

Now that this practice has come to the notice of Chinese government, it has ordered UnionPay to put an end to it. UnionPay has now issued a circular ordering all merchants using UnionPay PoS units to get them validated and registered with the institution. Also, manufacturers of PoS terminals are now required to get the devices certified from UnionPay, which effectively curbs one of the leading channels for movement of funds outside the country. This leaves only one viable alternative that can be used by anyone — Bitcoin.

With all the other options closed, the Chinese are expected to shift to Bitcoin. They will be able to use bitcoins to make overseas transactions exceeding the stipulated amount. Alternatively, they may also consider investing their money in Bitcoin to prevent depreciation of their assets as the yuan falls. All Bitcoin transactions happen over a decentralized international network, making it virtually impossible to clamp down on the transactions. This will lead to an increase in the number of transactions over the blockchain, thereby collectively increasing the value of the digital currency.

On the other hand, how the government will counter capital outflow in the form of bitcoins is yet to be seen.

Tags: bitcoinBitcoin Newscapital outflowchinaexchangeNewsunionpayyuan
Tweet123Share196ShareSend
BitStarz Player Lands $2,459,124 Record Win! Could you be next big winner? Win up to $1,000,000 in One Spin at CryptoSlots