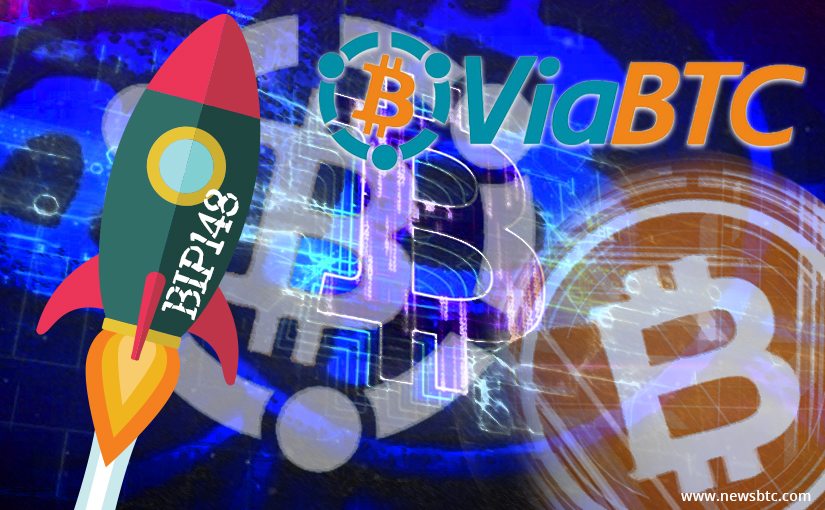 The Bitcoin community has been experiencing lots of uncertainty in the past few months, thanks to the discord between the development community and others regarding scalability solutions. The attempt to activate SegWit and its opposition with an alternative solution by the rival camp threatened to fork Bitcoin into two separate cryptocurrencies, while rest of the community braced for disruption of the cryptocurrency network.

While the threat seems to be averted for the time being with the mining community rallying behind an alternative proposal — BIP91, there is a yet another Bitcoin Improvement Proposal in the works, BitcoinABC. The new plan is slowly gathering steam, recruiting allies in the process. And, ViaBTC seems to be one among them.

ViaBTC has announced the inclusion of trading support of BitcoinABC tokens, calling it Bitcoin Cash (BCC). The new cryptotokens can now be traded against Chinese Yuan. ViaBTC has published more details about the new BCC/CNY pair along with information on how it can be renewed after a successful fork activation.

“Recently at “The Future of Bitcoin Conference 2017”, big block supporters presented a BitcoinABC solution ( bitcoinabc.org ) . We have since received many inquiries from miners and users, asking if we would be supporting BitcoinABC mining, especially from those with ViaBTC S9 cloud mining contracts, who are eager to support BitcoinABC with their mining hashrates.”

The new trading pair went live on July 22, 2017, and it can also be exchanged between BTC and BTC_FROZEN on a 1:1 ratio.

BitcoinABC is designed to eliminate the controversial code and instead replace it with an adjustable block size cap. According to the platform, the full node implementation will offer more flexibility to the mining community to decide on the block size they wish to mine, which can be anywhere between 1MB and 8 MB. The creators of the new proposal call BitcoinABC the BIP that will bring Bitcoin to the modern age with an attractive roadmap for massive on-chain scaling.

Irrespective of the scaling solution adopted by the developer community, the general population who use Bitcoin for transaction and investment purposes are only concerned about the stability and convenience. As long as these are addressed amicably, there should be no problems.

Tags: bitcoinBitcoin Newsbitcoinabcblockchain technologyNewsscalingviabtc
Tweet123Share196ShareSend
BitStarz Player Lands $2,459,124 Record Win! Could you be next big winner? Win up to $1,000,000 in One Spin at CryptoSlots