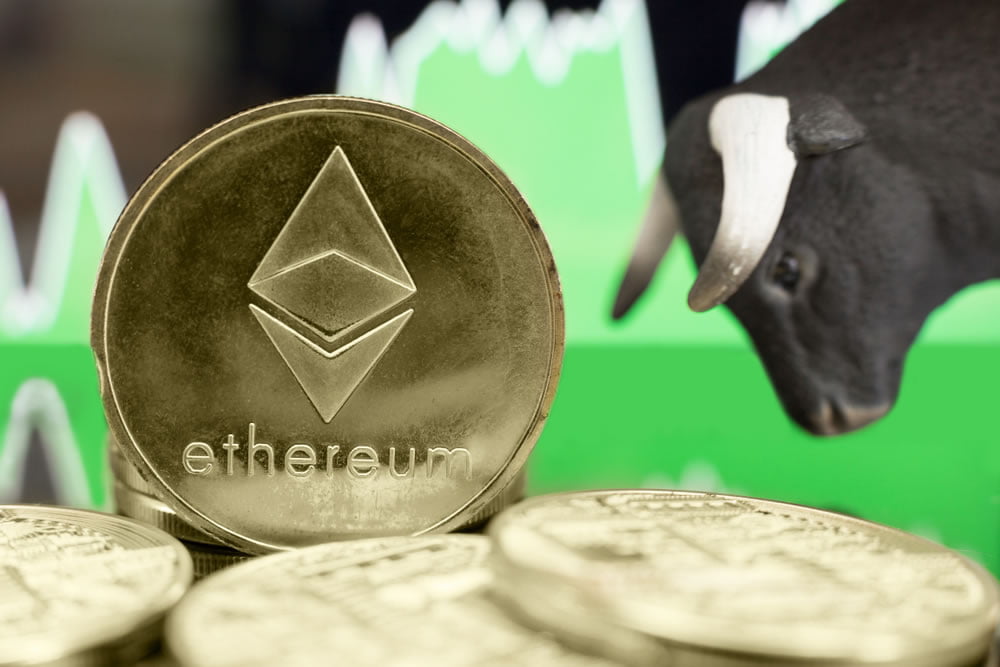 This week has been all about Ethereum. Finally the second largest crypto asset on the planet appears to be moving without the influence of its big brother dictating things. ETH prices are on the up again today and the fundamentals keep improving.

It has been another good day for Ethereum prices which have finally reached the psychological $200 level after a month trading below it. A dip back to the 50 hour moving average just below $190 yesterday was short lived as price quickly bounced back.

The move back to just below $200 is the highest Ethereum has traded at since this time last month. A slight pullback has dropped ETH to $197 at the time of writing and it needs to break this barrier before its next leg up.

A golden cross is clearly visible on the four hour chart as the faster 50 MA crosses above the slower moving 200. This is a bullish trend reversal signal and is usually followed by a rally. However, one analyst has noted that total market capitalization has not increased indicating that no new money is flowing into ETH yet.

“ETH is up but total crypto market cap still staying flat, price increase could just be money being moved around from other crypto’s rather than fresh money. Waiting for TMC to pass $260B”

ETH is up but total crypto market cap still staying flat, price increase could just be money being moved around from other crypto’s rather than fresh money. Waiting for TMC to pass $260B

Others are hoping that Ethereum can kick start a wider altcoin run as Bitcoin appears to be running short of buyers. At the moment the rest of the altcoins are flat or in the red but the possibility of an ETH decoupling will be strengthened if it can break the $200 barrier.

News that crypto payments provider, BitPay has finally added Ethereum support is also bullish. In a press release the company said businesses can accept Ethereum for purchases without the need for any integration or enhancements. Originally only BTC, BCH and a few stablecoins were available on the platform.

Ethereum godfather Vitalik Buterin was pleased with the announcement, adding.

“It is exciting to see BitPay leading the way in integrating Ethereum into global payment systems. This truly opens up a new world of possibilities for the Ethereum ecosystem, and together we can continue to be a leading innovator for real world use cases for cryptocurrencies.”

The news adds to other bullish fundamentals for Ethereum such as Santander’s $20 million bond on the blockchain last week, further developments in the DeFi ecosystem for DAI, and a successful network test of ETH 2.0 clients.

Tags: bitpayDeFiETHethereumgolden cross
Tweet123Share226ShareSend
Win up to $1,000,000 in One Spin at CryptoSlots