ZebPay Warns Users Against Investing in MMM and Others 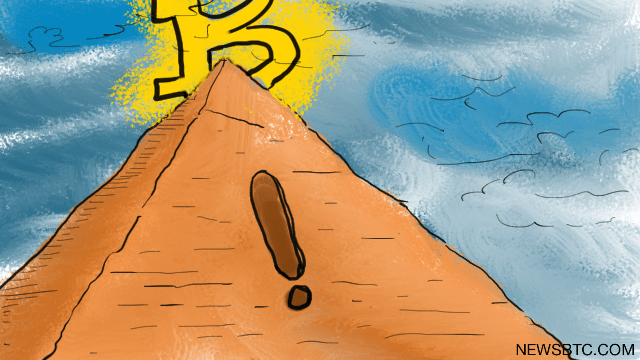 ZebPay recently sent an advisory/warning note to all its users urging them not to invest in Ponzi schemes like MMM. The note also warns the users against using ZebPay’s services for such schemes.

Try going to a nearby park to ask people about Bitcoin, and you will be surprised to realize how little people actually know about it. While some people are more knowledgeable about Bitcoin, others aren’t–most of them would say that Bitcoin is some form of digital currency that is volatile in nature. Some might go a bit further to say that bitcoin is a form of money that is used to buy drugs online.

Most of these people do not have complete understanding of the digital currency and how it works. Armed with partial information, they make easy prey for con-men who convince them to invest in various scams like Ponzi and Pyramid schemes by promising them great returns, which someone with sound knowledge about digital currency and basic understanding of investments will easily recognize.

The number of Ponzi and Pyramid schemes involving Bitcoin are on the rise, and to make it more convincing, the people behind these schemes sometimes use a few well-known names in the industry. ZebPay, a leading Indian mobile Bitcoin wallet and marketplace, has issued an advisory to all its users to prevent them from becoming victims of such scams. The notice was sent out as a mailer, and it warns ZebPay users especially about MMM, a previous well-known Ponzi scheme which has resurfaced in recent days. Unlike the previous scams, the current MMM offering deals with bitcoins, and it has already garnered a lot of attention among Chinese Bitcoin users.

While we do not possess enough solid information to comment on the legitimacy and validity of the current scheme, we are forced to go by MMM’s previous track record in Russia, where it was forcibly shut down by law enforcement authorities in 1994. The man behind MMM, Sergei Mavrodi, was arrested and placed in custody in 2003 and convicted of fraud in 2007. He collectively served a prison sentence of four and half years before his release in 2007 after accounting for his days in prison since arrest as time served.

Since then, Sergei Mavrodi has started MMM-2011, another alleged Ponzi scheme which has gained a lot of participation from Asian and African countries despite repeated warnings from governments. ZebPay’s notification advises its user to refrain from taking part/investing in the new MMM scheme and any other similar schemes. It also distances itself from any possible unauthorized usage of ZebPay’s name by the operators of such schemes in the near future.

When asked about any instances where MMM or other scams have made unauthorized usage of ZebPay’s name, Saurabh Agarwal, the co-founder of Zebpay, told NewsBTC that they were never in such a situation.

“We had sent a cautionary message to all users on ZebPay. We believe that regular users are not always aware of [the] negatives of investing in such dubious schemes, and as a responsible company, it is our duty to warn our users.”

The notice ensures that all ZebPay users have been adequately warned about MMM and other scams.