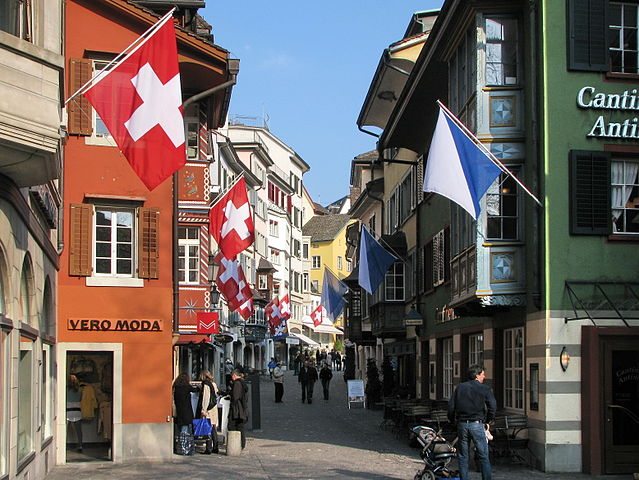 Zurich Falls Behind in Bitcoin Adoption and Fintech Development

Switzerland’s Zug is a model city for Bitcoin adoption, especially after its City Hall decided to allow people to pay fees and bills in Bitcoin. But the same can’t be said about Zurich. The authorities in Zurich are reportedly neither interested in promoting nor adopting Bitcoin – at least in near-term.

According to reports, the city council has cleared the air by saying that it has no intention of following the footsteps of Zug anytime soon by relaxing the norms to accommodate digital currencies. The city council’s stand was announced in response to a request raised by Martin Luchsinger and Matthias Weismann, two GLP Councilors.

While the administrators of Zurich may not have enough confidence in the digital currency at the moment, it is expected to change soon. The present uncertainties about the digital currency are likely to be derived from the absence of clear regulations and the volatility of Bitcoin prices. However, the City of Zurich, as a part of its growth strategy for the year 2035, is working towards creating easy access to IT infrastructure and digital support services. As the council strives to attract Information and Communication Technology businesses, it will gradually foray into the digital currency space as well.

Unlike Zurich, Zug has become the most favored destination for Bitcoin and Blockchain companies. Many well-known companies like Xapo, ShapeShift, Monetas and others have already set up their bases in Zug, and its neighbor Baar. By creating a Bitcoin-friendly atmosphere, Zug is inviting more fintech companies to set up shop in the region. Zurich on the other hand only has about 32 places of business that allows people to make payments with Bitcoin.

The lack of initiative on the part of Zurich’s governing body has cost the city a place among leading fintech centers in the Europe. However, the city continues to be one of the leading financial centers of the world when it comes to conventional financial markets and services.

With most of the banking and financial institutions moving towards digital currencies and their underlying blockchain technology, Zurich may end up becoming irrelevant if it doesn’t embrace the digital currency revolution soon.

Get 110 USDT Futures Bonus for FREE!
Tags: bitcoinBitcoin NewsblockchainNewsswitzerlandzugzurich
TweetShare
BitStarz Player Lands $2,459,124 Record Win! Could you be next big winner? Win up to $1,000,000 in One Spin at CryptoSlots