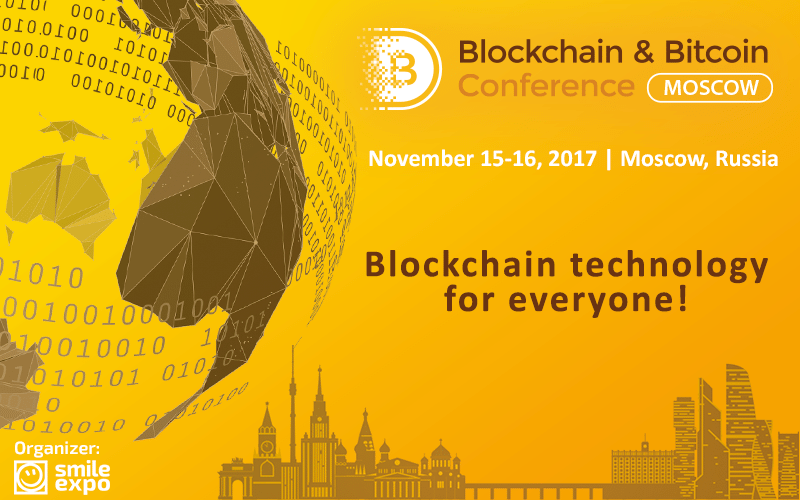 On November 15-16, Sokolniki ECC will host Blockchain & Bitcoin Conference Moscow, the largest event in the CIS dedicated to blockchain and cryptocurrencies. Local and foreign experts will tell about the cryptocurrency market, the organization of ICO, investing in tokens, as well as how to profitably integrate blockchain into your business. In its turn, the exhibition will unite a record number of participants in the CIS.

Which activities will guest enjoy?

The conference includes two sections. The first one is “Financial sphere”, which contains the advice on blockchain and cryptocurrency application in business. The second one is “Developments”, dedicated to the technical aspects of financial technologies.

Participants of the conference will talk about the current trends in the blockchain and crypto industry development. Speakers will also cover the issues of legislative regulation of ICO and cryptocurrencies in different jurisdictions. The topic of the initial coin offering will be considered not only as a matter of law but also from the organizers’ and investors’ perspective. In addition to the conference reports, there will be panel discussions, where you can ask questions to participants, as well as master classes providing practical knowledge and case studies.

Traditionally, speakers of the conference are the leading domestic and foreign experts:

It is only a preliminary list of speakers, who have already confirmed their participation in the conference. It will be updated.

This time the exhibition area will include a record number of exhibitors. There will be stands of the FinTech companies from different countries. The companies will present their services, software, and hardware for mining.

Blockchain & Bitcoin Conference is the largest network of events in the CIS dedicated to blockchain and cryptocurrencies. Its organizer is the international company Smile-Expo, which has been working for 12 years in the field of exhibition and conference services.

Starting from 2014, 15 Blockchain & Bitcoin Conference events were organized, which were attended by 10 000 guests in the CIS and Europe. In 2017 along, 85 companies took part in the conferences.

Read more information about the event on the Blockchain & Bitcoin Conference Moscow website.

Tags: bitcoinblockchainblockchain and bitcoin conferencecryptocurrencymoscow
Tweet123Share196ShareSend
Win up to $1,000,000 in One Spin at CryptoSlots