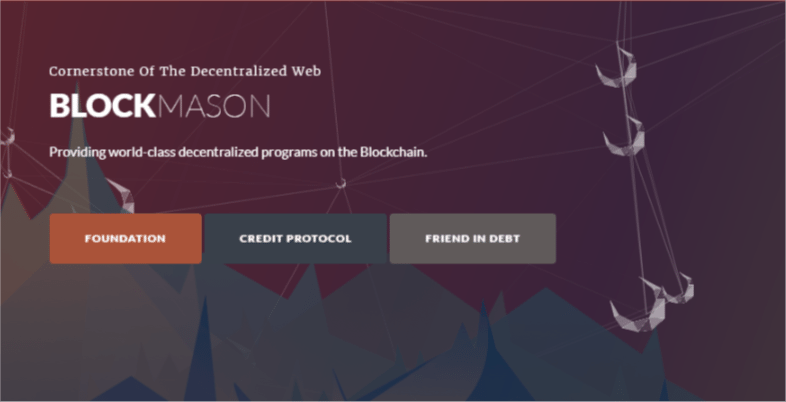 The much-anticipated Token Creation Event for BlockMason’s Credit Protocol has been bolstered by a dramatic development. A recently updated version of BlockMason’s token sale website confirms rumors that a number of large purchasers have bought a portion of the Credit Protocol Tokens prior to the opening of the token sale to the general public, ending their private sale.

According to company representatives, BlockMason reserved roughly forty percent of their token supply for sale to strategic development partners who will use their tokens to help vet and test applications running on the protocol. The value of the tokens set aside for the private sale were capped at 18,000 ETH.

“We know we could have sold more tokens during the private sale,” said BlockMason cofounder Jared Bowie, “but we wanted to make sure that anyone in the Ethereum community, even small buyers, have a chance to purchase CPT and help grow our amazing product.”

While BlockMason has not yet announced the identities of these private customers, industry sources indicate that the purchasers may include representatives from several well-known companies in the crypto space.

Though BlockMason is a relatively young company in the Ethereum ecosystem, these large purchases lend the token sale vital credibility at a time when coin offerings have come under increasing scrutiny from both the public and government regulators. BlockMason has already distinguished itself by offering their token sale to the public in the United States, in what is believed to be one of the first U.S. securities law compliant digital asset sales.

You can learn more at https://blockmason.io/projects/ico/

Tags: blockmasoncryptocurrencyICO
TweetShare
BitStarz Player Lands $2,459,124 Record Win! Could you be next big winner? Win up to $1,000,000 in One Spin at CryptoSlots