Lisbon Will Host an Event about Blockchain, the Technology behind Bitcoin 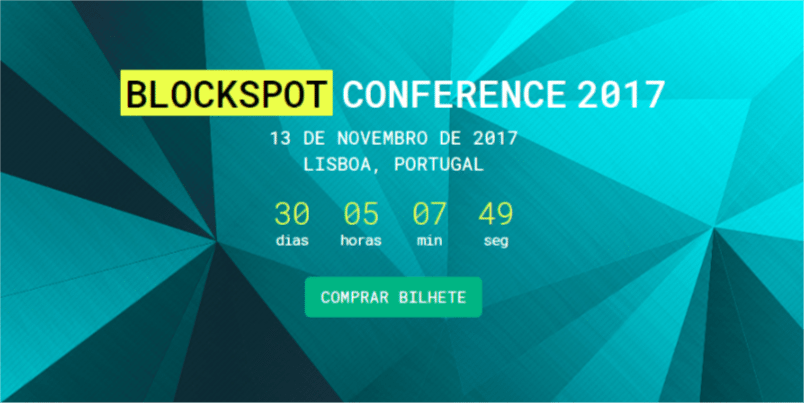 The impact of the changes that Blockchain is causing in our society is equivalent to the emergence of the Internet. Its most representative initiative, Bitcoin, is revolutionizing the global monetary system – and it’s just the beginning. When something of this magnitude arises, the professionals who will conduct these disruptions need to have a place to share their experiences and knowledge.

To promote this conversation, the Blockspot conference will take place in Lisbon, Portugal on November 13, 2017. The event will bring content such as Blockchain, cryptocurrencies, crypto economics, smart contracts, ICO, decentralization, and futurism.

The choice of the Lusitanian capital is strategic; the city is less than 3 hours away from other major European cities, such as London, Madrid, Paris, and Milan, as well as having an adequate infrastructure to host events.

In addition to the event content, two other attractions are highlighted. The ICO Exhibition Show will bring companies to tell about their experiences of how they are being financed through the Initial Coin Offer (ICO), the Blockchain-based tokens selling mode that has moved millions of dollars around the world.

A Solidity Developer Workshop will also be held, an immersion in the programming language to create decentralized applications based on Ethereum.

Registration is open with advance tickets until October 15, worth € 249. Those who pay in Bitcoin or other cryptocurrencies receive an additional discount of 20%. Vacancies are limited to 250 participants. Tickets can be purchased directly on the site, https://blockspot.co

Tags: bitcoinblockspotconferenceeventlisbonportugal
TweetShare
BitStarz Player Lands $2,459,124 Record Win! Could you be next big winner? Win up to $1,000,000 in One Spin at CryptoSlots