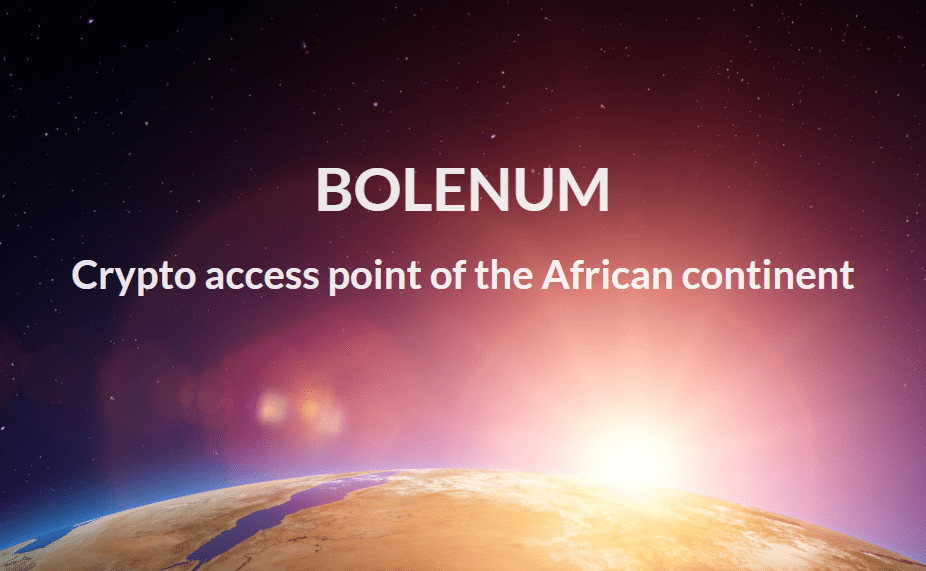 The Bolenum ICO has officially ended and participants will now be able to begin trading their Boleno (BLN) tokens. The project’s website will also be undergoing major changes in the coming months and include new security features, a full project implementation roadmap, and an alpha version of the Bolenum exchange itself. This project has many exciting things on the horizon.

Bolenum’s successful ICO should help realize the team’s goal of bringing cryptocurrency to the African continent. They see it as a huge opportunity, citing how there has been relatively little cryptocurrency development in that part of the world.

It is always exciting for ICO and crowdsale participants when they can start trading their tokens on exchanges. Usually, this is a confidence booster, since it shows that the projects are trying to meet all of their promises to investors. The Boleno (BLN) token started trading on coinexchange.io very recently. As of August 15th, BLN holders could trade their BLN for ETH or BTC, or trade either one for BLN. This is just the first of what the team promises will be many exchanges that will support the token. They also plan to announce more exchanges soon.

For anyone who is interested in tracking the progress and behavior of the token, it is now listed on CoinMarketCap. At the time of writing, 1,000 BLN was worth about US$7.16, and the token is not performing too badly. It has a respectable amount of 24-hour volume considering the age of the token and the scope of its project and ICO. Just over US$7000 in BLN has been traded in the past 24 hours, but that may go up as more exchanges begin supporting the token and reporting their volumes to CoinMarketCap.

BOLENUM IS LOOKING TOWARD THE FUTURE

Even after the successful ICO, Bolenum has chosen not to rest on its laurels. The team is currently in advanced talks with Prolitus Technology Limited for developing the Bolenum Cryptocurrency Trading Exchange. This was one of the main goals of the project and should help individuals in Africa exchange local currencies into cryptocurrencies when fully developed. While the Bolenum project is focused on helping wider cryptocurrency adoption in Africa, it is not only limited to that continent and others are able to utilize the platform and token as well.

The talks with Prolitus Technology Limited are a good sign of things to come, and the project is happy to announce that the Bolenum exchange will launch on May 31st, 2018. There is a lot of development work that needs to happen between now and then, but the team is confident that their concept and the partnership with Prolitus Technology will be enough to get the job done.

Check out their site here: http://bolenum.com/