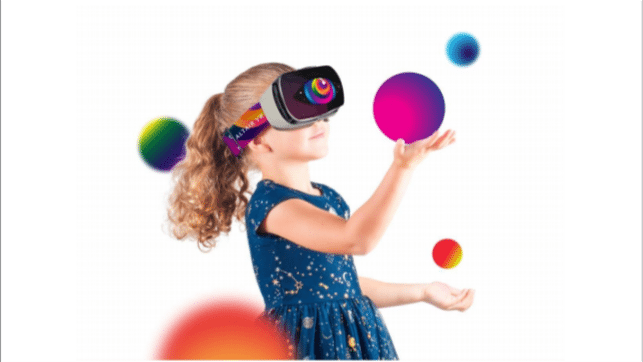 “Joining ICO was a deliberate step for us. We raise funds for making a platform like Wikipedia, but for cognitive VR-films,” – explains company’s CEO Konstantin Urvantsev. – “The platform will be a global VR-simulator aimed at studying the world in all aspects and spheres.People will be able to study the structure of the earth, space, go on safari using only VR-glasses. And they will get the access to VR-films for tokens”.

The internal economy of the platform is built on the blockchain: any external input is fulfilled only for tokens: to have an access to watching VR-films about cognition of the world, you need to buy a token. In addition to the payment token, reputation points are also effective to measure the professional skills of participants in the ecosystem. For example, a geography teacher with a high reputation index will be able to get a grant from the platform for creation a VR-film on the subject.

“We plan to invite not only specialists to create content on the Altair VR-platform but everyone who wants, which will make the technology global”, – says company’s CTO Alexey Irkov. On the basis of the platform will continue working virtual education franchise (distribution of the existing VR-films), giving access to children from all over the world.

Scheduled ICO date – January 29, public pre-ICO will start on December 11 and will last until December 26. An active presale for early investors has already been launched with a special offer when buying tokens from the amount of $10,000.

The main targets for ICO are:

– decentralized VR-platform for the cognition of the world controlled by the profile community through the blockchain;

– creation of the world cognition VR-encyclopedia, as a matter of fact VR-Wikipedia on blockchain.

Also it is necessary to tell about the main advantages of a platform for VR-community:

– ability to monetize your own VR-content through the Altair platform with low commissions;

– tender content creation based on smart contracts and regulated by the community itself;

According to the project’s road map, the launch of a base platform will take place in the first quarter (Q1) of 2018. For more information

AltaiR VR, the creator of the world’s first virtual planetaria, is on the market of additional education since 2011. In 2016 the company released its own projection system with the function of content protection, at the same time it launched VR-solution for educational films demonstration.The company’s franchise is represented in 15 cities around the world.

In January 2017 the company published Altair Fulldome Cinema application in Oculus Gear VR store (the analogue of App Store and Google Play with applications for VR-gadgets).During the first month the application was downloaded more than 40 thousand times, because watching films was free of charge. In May 2017 the number of downloads exceeded 100 thousand, the application entered the top of the world Oculus Store, and the partners set a paid subscription: now for watching one film you need to pay $10, month subscription costs $30.

Previously the team has received investment from IIDF, as well as high expert evaluation of Mega and MTS accelerators Corp.