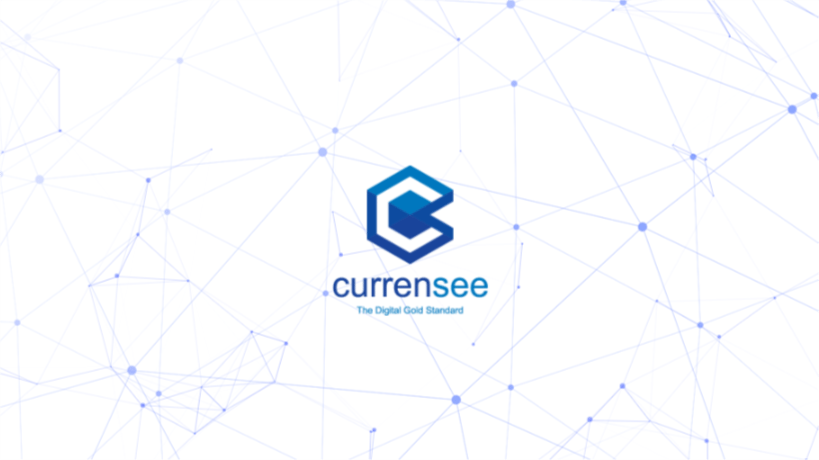 Dubai, London, Hongkong, December 6, 2017 – World’s first 100% physical gold-backed cryptocurrency – CURRENSEE announces its launch.  Historically, gold has been the mode of payment and wealth preservation. However, it requires expensive security, safekeeping, and insurance. CURRENSEE Coin will bring the unique characteristics of Gold into the Blockchain space with its long-established role as a store of value with cryptocurrency’s global payments network technology.

“We want to give investors the opportunity to purchase before we list on exchange“, confirmed R. Mitteysh, co -founder – CURRENSEE, adding further he said “We are also offering lucrative bonus under various referral programs.”

Juned Khan, co-founder – CURRENSEE said “The basic principle is very simple. The issued coin will represent One gram of gold which in itself will be held in a secure, insured and audited vault. In addition, every single transaction will generate a small transaction fee of which 80% will be reinvested into more gold”. This will cumulatively increase the amount in Gold that will back each of the coins. In essence, the real value of each coin will increase over time because of the Gold being reinvested from the transaction fees. He added “This will ultimately make CURRENSEE very unique when compared to the characteristics of other cryptocurrencies”.

Major advantage of the CURRENSEE is that it will have an intrinsic value just as Gold. This is unlike other existing cryptocurrencies that have no intrinsic value, because their value is based on demand and supply and the altitude of users on the specific Cryptocurrency.

The amount of CURRENSEE coins that will be issued at the Initial Coin Offering (ICO) will be 15,000,000 tokens. All these will be available for purchase through the official website of CURRENSEE. The gold that will back the coin will be insured by Lloyds Group which will ensure that all the funds and gold that involves the Coin offering is safe.

“To ensure the security of the Gold, we will seek the services of leading gold vaults. And to ensure that we diversify the risk regarding the Gold, we will work with vaults in Dubai, Singapore, Turkey and Hong Kong, which are some of the major financial hubs in the Asia and the Middle East” confirmed Amjadh Waghu, co-founder CURRENSEE.

Facebook | Instagram | Twitter | YouTube
Disclaimer: Contributors and/or entities incorporated, established or registered in United States and People’s Republic of China are not allowed to Contribute in CURRENSEE TOKENSALE. CURRENSEE is not accepting fiat currencies (native/local currencies of the respective countries) in any form like GBP, INR, USD, EUR etc for contribution purpose. CURRENSEE does not accept payments in cash in the United Kingdom, India, United States and other countries.