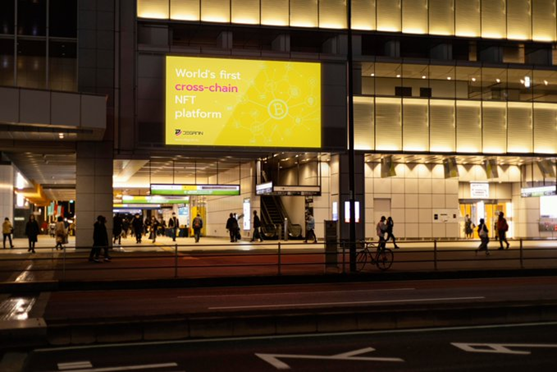 There are thousands of cryptocurrencies in existence currently, but not all of them will yield significant profits.

Sometimes decisions can result in loss, but with good research and information, that can be avoided. Many investors in the crypto space are always on the lookout for great projects they can get into, and if that’s you, then you have come to the right place.

In this article, we examine the growth of Degrain (DGRN), a coin that surpassed expectations with its successful presale and is believed to be a more valuable investment when compared to old timers like Dogecoin (DOGE) and Polkadot (DOT).

Dogecoin (DOGE): Is its volatility burdensome for investors?

Dogecoin (DOGE) is a peer-to-peer accessible currency that started off as a meme coin. In the years since its creation, it has grown in popularity and has made its investors a lot of money.

However, these days, Dogecoin (DOGE) has been subject to a lot of volatility because the wealthiest man on earth seems to support it. Dogecoin (DOGE) rose more than 20% in value recently because Elon Musk offered to buy Twitter, and many hoped that he would make Dogecoin (DOGE) the currency for the social media space.

Dogecoin (DOGE) is currently down more than 90% from its all-time high. Even though many remain bullish on the token, a considerable number of investors who have lost their risk appetite in the bear market have been abandoning ship.

Polkadot (DOT) was created on May 26, 2020, to act as a bridge between private and consortium chains. With the Polkadot (DOT) relay chain, users get to control how information and transactions are distributed in a decentralized way.

The platform is mainly community-driven, and even though many see great potential, it has continued to decline in popularity. This may be attributed to the current bear market, and many hope that when it passes, Polkadot (DOT) will rise once more.

The problem is nobody knows when that will be, and with Polkadot (DOT) down more than 84% already; many in=vestors are insecure about what the future holds.

Degrain (DGRN) The token DOGE and DOT investors have been eyeing.

Degrain (DGRN) was launched in the bear market on July 7th, and it caught many’s attention, clocking up to 11 million sales in the first 60 seconds of the first phase of the presale. Degrain (DGRN) is a platform that plans to become the first cross-chain NFT marketplace with plans to share the revenues with its stakers, users, and investors. Degrain’s DGRN started trading at $0.01, but it has entered the second presale phase and is being sold at $0.19. Cryptocurrency analysts believe that the Degrain token could reach the heights of $4.40 by the end of 2022.