What if Crypto Was Easy to Use 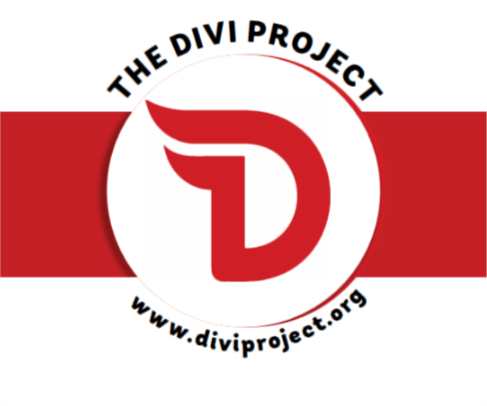 At the Divi Project we’re taking on what I think many people know is crypto’s most difficult challenge, (and also the most lucrative), which is to create one that will be adopted and used by millions, then billions of people.
I believe the solution is a new type of blockchain that contains names and metadata (such as an email address) that can be associated with wallet addresses. This simple innovation, when combined with a new type of wallet UX, has the power to de-mystify cryptocurrencies, (which we re-brand simply as “digital currencies”) and will bridge the gap to mass adoption.
The “blockchain of names” technology is actually a fairly old one, first done in 2011 by Namecoin, but until now, no one saw how to make it useful enough, and although Namecoin was the first fork of Bitcoin, it remains almost unknown.

Cryptocurrency transaction done on a smartphone

So what’s so great about using names and why does this matter? As an example, let’s walk through a typical transaction with bitcoin, compared with how ours will work:

Ask a friend for his wallet public key (whatever that means?) and he sends something like this to you: 1HB5XMLmzFVj8ALj6mfBsbifRoD4miY36v
So now we’re already losing most of the general public’s interest in the process, but let’s continue.
You copy this (and now potential trojan malware could change it to another wallet address, which you’re unlikely to notice, which you only learn about after losing a few thousand dollars in a transaction and vow never to use bitcoin again) and hopefully successfully paste this into the right “send to” window.
If you do know about trojans, you check three times, worrying that if you don’t get this right, you’ll probably lose all your money because there’s no intermediary if something goes wrong.
Then you type in the amount. Your balance looks something like this: 0.002143984234 BTC Why on God’s earth are there so many extra and useless digits?
Finally, your finger shaking with fear, you hit the SEND key and start praying. You call your friend five times asking if it went through? What’s going on you wonder? Is the money lost? Is it bouncing back? Your friend has no idea. Who the f*ck knows? You begin to curse Satoshi Nakamoto, but finally, your friend tells you he sees the transaction, and with great relief, you can relax. You’re so relieved the transaction went through that you don’t notice that you were charged $2.4213248719324 for a transaction of eight bucks, so he received $5.58092834593 and now you’re going to have to send another transaction.
The crypto world has come to accept that this is normal, but as a newbie, you’re wondering who invented such a horrible and frightening system.

You want to send DIVI to a friend, but you know he has several email addresses, and you aren’t sure which one he uses. So you click the public directory in our Smart Wallet, and type in his name. Up pops several possible matches, each with a photo or logo of the owner, pulled from our blockchain’s DNS system.
You recognize his face and email address and click it, which auto-fills the “send to account number” of the transaction field, which looks something like this: “dv-peterjenkins12”.
When you type in the amount, you can do it in your favorite fiat currency if you want. (The conversion is done with an API so that it’s accurate.) Plus, it only displays the number of decimal places that you’ve pre-set.
The low transaction fee of 1/10th of a penny isn’t removed from the amount you want to send but taken out of a spare change pocket in your wallet that’s pre-filled for this purpose. So when you send $8 to someone, they receive $8 and not $7.999.
You type in a note to accompany the transaction: “Thanks, I’ll WhatsApp you the PIN” and you hit SEND.
A map opens up and begins to count off the nodes that are verifying the transaction, each illuminating its location. Mesmerized by its beauty, you don’t even notice the short time it takes for the transaction to be verified. When completed, a PIN code is displayed, which you send to your friend in Whatsapp.
After receiving the transaction, your friend uses the PIN to decrypt the transaction and the DIVI is deposited into his public wallet. From there, it’s automatically dark-sent to one of his private wallet accounts.

It’s the combination of a new blockchain, the right type of metadata stored in it, and a new type of wallet designed with average users in mind that makes this possible. The Smart Wallet removes several areas where he might be afraid of losing his money by either user error or hackers. He feels comfortable with the process since crypto-jargon has been removed and replaced with familiar terms used in banking transactions. During the process, he can see something happening and has a sense of the length of time left to complete the transaction.
For more information, visit our website: www.diviproject.org
And our YouTube Channel: http://tinyurl.com/diviyoutube
TweetShare
BitStarz Player Lands $2,459,124 Record Win! Could you be next big winner? Win up to $1,000,000 in One Spin at CryptoSlots