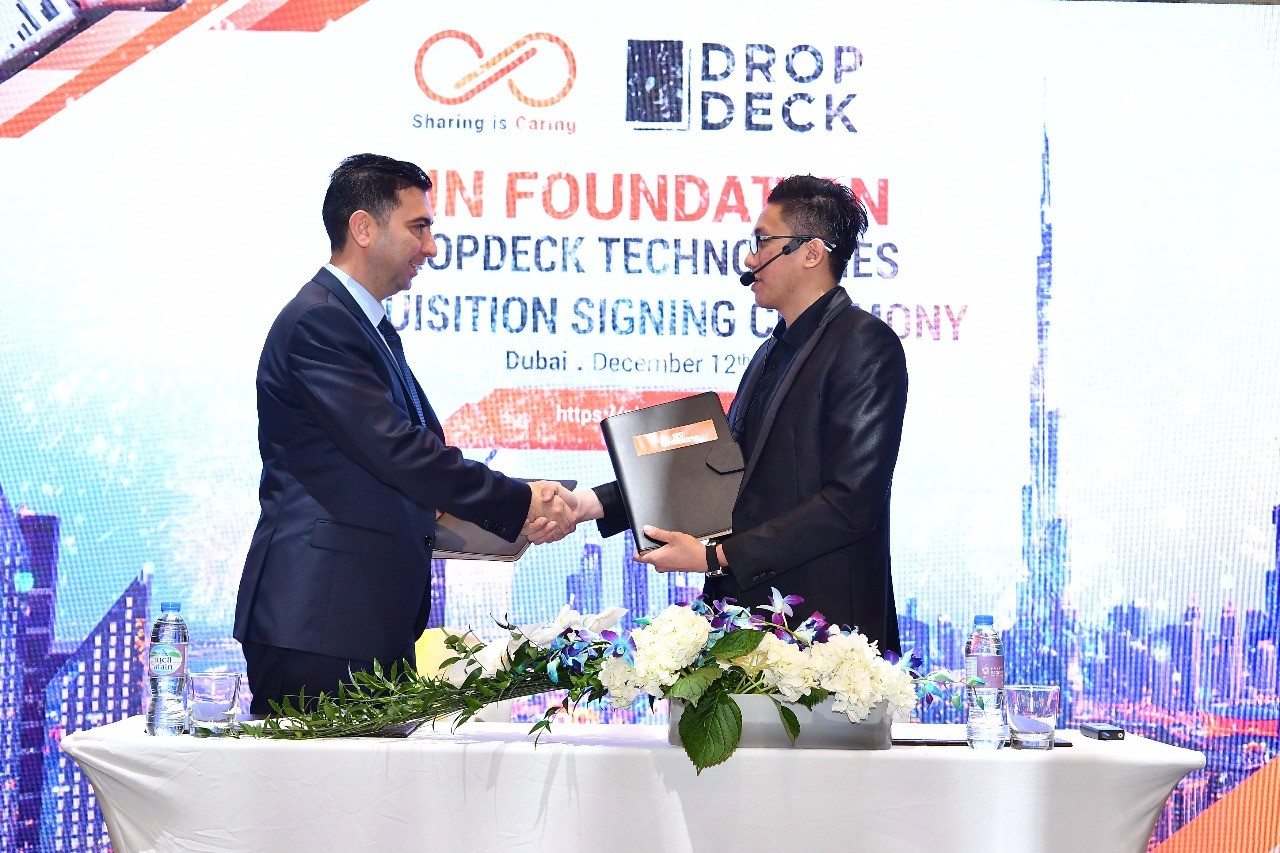 Soon, Dubai will be the first city in the world to have self-flying taxis and Robocop. There is no more befitting place than Dubai to talk about advanced technologies and impactful projects.

On December 13th, 2017, in a joyous event, PIN Community gathered 100 leaders from 20 countries at Hyatt Regency Hotel in Dubai to share about the technologies of the future – Blockchain, Artificial Intelligence (A.I.), and Big Data – and how they all come together to enable and strengthen a “Sharing Economy 2.0″ within their PIN Platform.

At the beginning, Grace Ezzell – founder of Refugees + Blockchain – opened the conference with a provocative video about “a new money enabled by the blockchain” and an overview of the blockchain, cryptocurrency, and their ubiquitous utilities in the near future. Next, Alon Vo – cofounder of DropDeck.io – took the stage to share about A.I. and Big Data. Later, Grace came back to the stage to define “sharing economy” as the last piece of the puzzle.

Following Grace, Jimmy Robinson – the Dubai representative of PIN Community – was welcomed to talk  about the PIN Community and its roadmap on combining all 4 discussed elements (Blockchain, A.I., Big Data, and Sharing Economy) into its products including the Collaborative Investment & Saving Portal, Direct Ad-Network, PIN Auction, and PIN Pay. It also showcased its current progress of registering more than 40,000 users from 20 countries after merely a week, before proceeding to share about its presale schedule and exciting promotions.

In the end, Jimmy invited Alon back to the stage to share about DropDeck.io and an exciting news. DropDeck.io is designed to be a one-stop shop for funding businesses worldwide, or simply a better AngelList. It complements A.I. training with the incentive mechanism of the token and decentralize the funding process with smart contracts. DropDeck.io is a rare project with a refined concept detailed in a world-class white paper, an all-star team, a big community of 4000 members, more than 200 publications around the world, reviews made by famous Youtubers such as Jsnip4, and numerous rewards in A.I., blockchain, and general innovation (from Switzerland and Israel).

In order to combine these strengths and create the strongest sharing community in the crypto space, PIN Community was announcing their acquisition of DropDeck.io, which will be added to their PIN Platform where PIN holders can spend their PIN tokens on fundraising startups and SMEs around the world, fostering innovation worldwide. Overall, in order to accommodate changes, the roadmap of DropDeck.io will be delayed. However, as the strong, homogeneous and wealthy community of PIN Community can generate data in much higher volume, velocity and veracity, the development of later phases such as the DropDeck.io Automated Funding will be accelerated. Its A.I. engine will also be integrated with PIN Platform’s products such as the Collaborative Investment Platform and Direct Ad-Network.

PIN Community will acquire the DropDeck.io Project, including all Decentralized DropDeck (DDD) Tokens, all raised funds to this point, and all team members. DDD token holders will be presented with two options – to get refunded in ETH, or exchange received DDD for PIN – a token with the potential to increase at least 5 times in value in 2018. DropDeck.io development team will be joining PIN Community while its two cofounders – Alon Vo and Michael Phan – will step down and become advisors to the project. They will maximize the synergy of DropDeck.io within the PIN Platform, and the sustainability of both platforms as a whole, while pursuing their new endeavor called DecenTrust.io – a decentralized microfinance platform for the unbanked.

With their strengths combined, DropDeck.io as a part of PIN Community will contribute to establishing a strong, sustainable ecosystem and token (PIN), and bring wonder to Dubai.