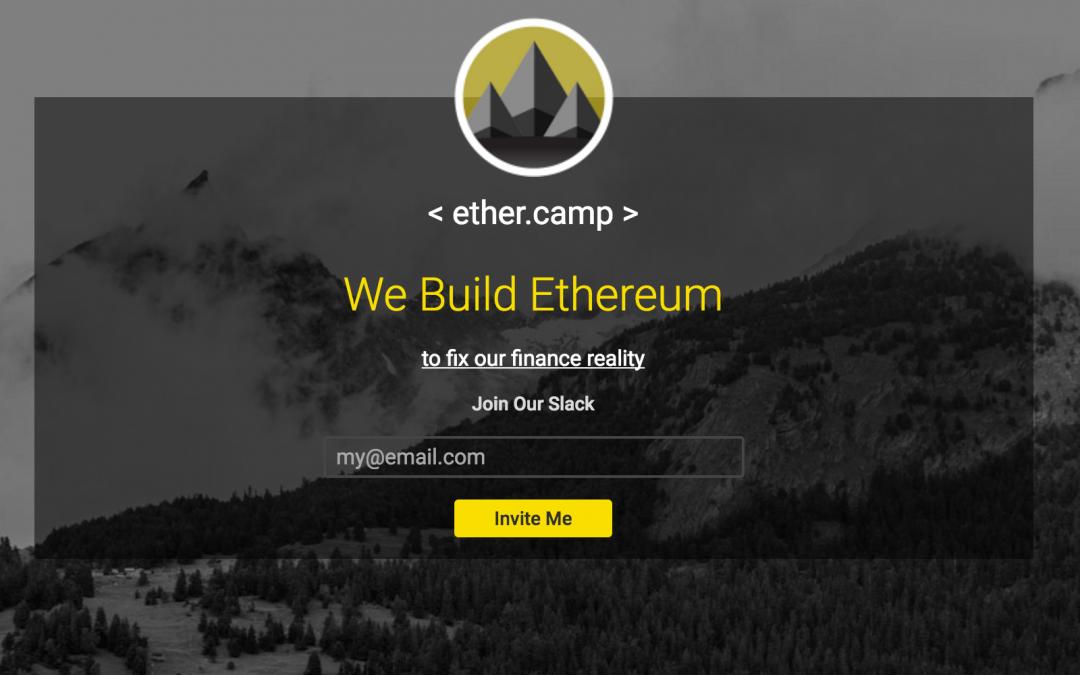 Ether.Camp Announces $50K Contest to Build the next Killer App

July 19, 2016, Toronto, Canada — <ether.camp> has announced the launch of its second annual hackathon. The popular Ethereum block explorer and smart contacts analysis tool provider invites everyone with the next revolutionary app idea to participate in the hackathon and make it a reality.

<ether.camp> hackathon is open for anyone with innovative and disruptive ideas for Ethereum based applications. Those interested in taking part in this contest can register either as a developer or a fan at hack.ether.camp beginning today on July 19, 2016, at 10 AM Eastern Time (US). Further details about the contest along with the deadlines will be announced soon.

“The only virtual hackathon where you can take your idea and build a startup company.”

Currently <ether.camp> lists 13 prominent personalities from the Bitcoin and Ethereum community as judges on the contest panel. The contest will include a code marathon, powered by an innovative and easy to use competition platform. The participants will get to use modern Ethereum development tools to transform their app idea to a full-fledged crypto token campaign.

In addition to the $50,000 winning prize, <ether.camp> will also give away significant rewards for worthwhile runner-up projects.

Cryptocurrency enthusiasts can join the 1,100-member strong <ether.camp> community by signing up on the <ether.camp> website.

<ether.camp> is a collection of tools for the Ethereum protocol which includes Ethereum Block Explorer, IDE and Hackathon Manager on Microsoft Azure Cloud. It has a strong developer network and a 1,100-member strong community.

Know more about <ether.camp> at — http://www.ether.camp

Register for the <ether.camp> hackathon at — http://www.hack.ether.camp

Tags: EtherethereumHackatonstartup
Tweet123Share196ShareSend
BitStarz Player Lands $2,459,124 Record Win! Could you be next big winner? Win up to $1,000,000 in One Spin at CryptoSlots