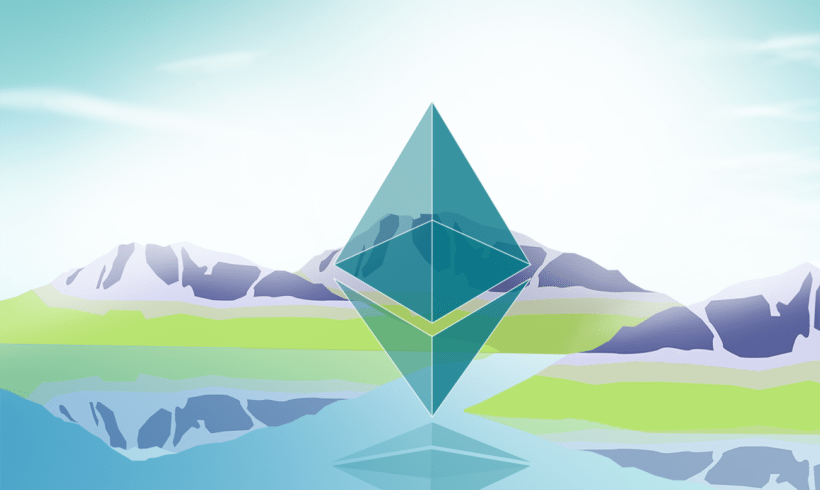 HydroMiner launched with a view to open up the business of cryptocurrency mining in an industry that is notorious for its prohibitively high barriers of entry. It isn’t the only company trying to democratize access. Other start-ups and existing enterprises are attempting to do the same, using various models of bitcoin cloud-mining and crowdfunding to achieve economic scale, sharing profits with their users.

But to understand how HydroMiner projects its profitability, as compared to its competitors, it is useful to understand the delicate balance between the high costs of running a mining operation and the profits derived from selling the cryptocurrency generated.

Historically, mining profitability has always been tied to the mining costs. This is largely in terms of electricity consumed. Therefore, at the heart of HydroMiner is a simple proposal: achieving efficient costs of mining by utilizing cheap, eco-friendly hydropower.

A (belated) introduction to cryptocurrency mining

Several years after its introduction to the world in 2008, Bitcoin showed its early potential as a valuable digital currency and store of value when New Liberty Standard established for the first time the value of $1 as 1,309.03 BTC. This was based then on a rough equation of the cost of electricity to run a computer that generated Bitcoins through solving cryptographic puzzles and verifying transactions that would come to be known as mining.

In the years that followed, Bitcoin and other cryptocurrencies gained prominence, as more merchants accepted them as payments for goods and services. Demand grew and along with that, price. By 2010, the first Bitcoin exchange, Bitcoin Market, launched and a single Bitcoin was worth $0.08.

This caught the eye of enterprising people, who began dedicating computers to mining cryptocurrencies, reaping the rewards of a consistently rising value of cryptocurrencies. Thus the mining industry was born.

But as more miners entered the networks, mining difficulty increased. As normal computers couldn’t keep up with the processing power needed, miners turned to dedicated GPUs with faster processing speeds, and later, specialized hardware known as ASICs dedicated to mining crypto. The “gold rush” of mining was well underway.

Today, despite increasingly high costs of mining, large-scale dedicated mining is still a very profitable business. And with many believing cryptocurrency yet to reach their full potential, the industry is still attracting new entrants as old ones look to find more efficient ways to mine, offsetting high costs of electricity and maintenance.

Crypto mining will only get more expensive

Apart from an anomalous drop due to the Bitcoin Cash hard fork, Bitcoin network difficulty has been on an increasing trend as more hash power enter the network. This directly means more expensive hardware and higher costs of electricity.

As detailed in its whitepaper, HydroMiner profit projections far outweigh those of popular cloud mining services and home/personal mining, based on actual historical performance. This is largely down to the fact that HydroMiner’s pricing structure is based on available power. HydroMiner mining credits are based on electricity (in units of kwH), with payouts tied to net profits earned for that kwH. 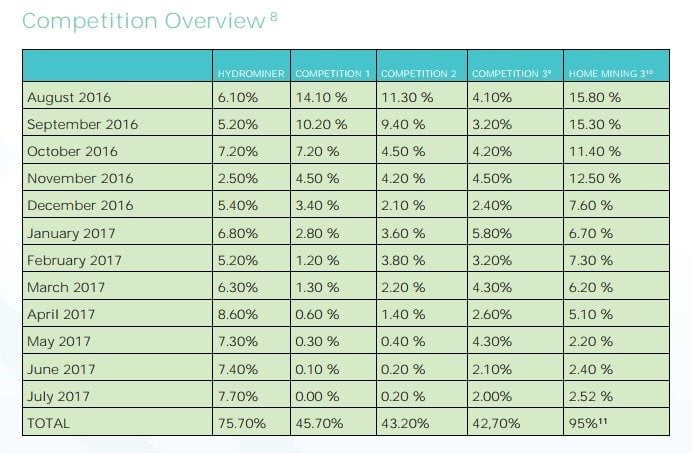 Not only is this model more profitable, it represents a clearer and more predictable approach than the conventional rather than raw hash rate contracts that can result in quickly diminishing returns as network difficulties increase, as demonstrated by the comparison.

What about competitors using the same electricity-based approach?

In the spirit of transparency, HydroMiner acknowledges that there are competitors on the same approach that appear to provide even more favourable profit projections. One such competitor is a mining company that also launched in 2017, based in Washington, USA.

While it may appear that HydroMiner profitability is slightly less than the maximum estimated by its competitor, results are based on a 24-month timeframe, backed by actual year-on-year performance, as opposed to the competitor’s unspecified timeframe.

Naturally, both results are likely to vary significantly due to increasing network difficulty and Bitcoin price. However, HydroMiner mining credits are much more predictable than the competitor’s tokens that represent 50 years of rental. That’s a very big unknown, given that the industry is barely a decade old!

HydroMiner’s main edge is the source of its power: green energy drawn from hydropower stations in the European Alps. Hydropower is undeniably one of the lowest-cost and effective renewable energy resources.

Energy producers in Austria, especially those with smaller power stations ranging from 100 to 1000 kWh, are now forced to sell their energy to distributors at a price currently around $ 0.03 per kWh. This price level can easily compete with energy prices in Northern Europe and even China.

The general rise in energy costs will not substantially affect the market as contraction, in terms of decommissioning older facilities, has already happened. Current facilities are considered safe and will be operational for many more years.

Washington State records electricity costs much lower than the US national average, but the cost of commercial consumption is still $0.0768 per kWh – more than 250% more than what HydroMiner pays. US retail price of energy has risen every year since 2013 and is forecast by Forbes to continue this trend.

HydroMiner’s use of hydropower from cool, fast flowing rivers offers an additional advantage of cheaper cooling in an environment known for low ambient temperatures. The competitor uses advanced cooling techniques as well but is still reliant on more expensive air cooling.

Also, Vienna’s highest average temperature is below 20 degrees (C), while Washington experiences a third of the year in temperatures above that.

Where possible, mining equipment is built inside standard sea freight containers. The advantage is

that containers can easily be assembled near our headquarters in Vienna, Austria, and then taken to the hydropower station. Another advantage is that we have a proven method for equipping containers with mining gear using extremely effective cooling and ventilation equipment. In addition, the container can be moved to another location very quickly if needed, sometimes depending on water levels or the need for extensive maintenance to the power station’s turbines.

If this sparked your interest, you can find more info on https://www.hydrominer.org

Tags: cryptocurrencyHydrominermining
Tweet123Share196ShareSend
Win up to $1,000,000 in One Spin at CryptoSlots