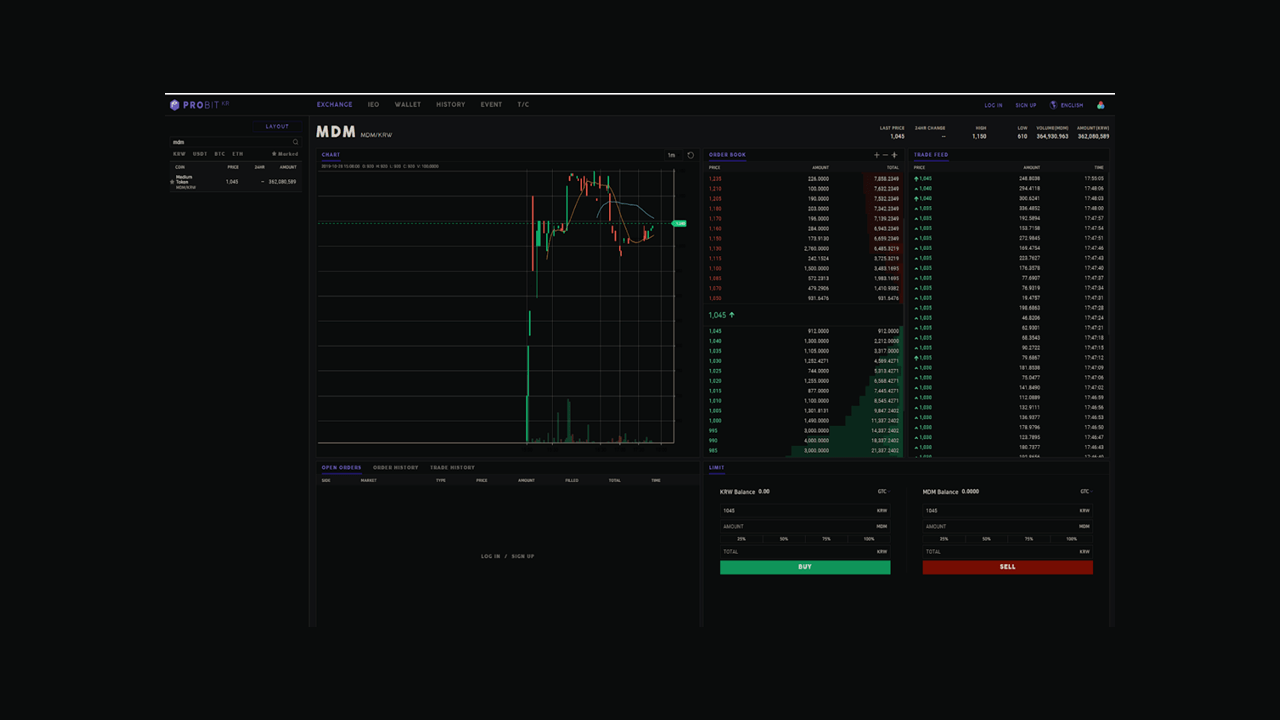 ProBit IEO Launchpad for Medium (MDM) rewarded IEO participants with a healthy 2.26X return. MDM catapulted upwards following the KRW trading pair listing and peaked at around 1150 KRW as investors who missed out on the sold-out IEO flocked over amidst expectations of a trading flurry.

MDM tokens were sold at 500 KRW during IEO along with exclusive bonuses and the 2.2X returns exceed those of Binance’s latest Launchpad for Kava, which saw an ROI of 1.8.

ProBit’s Launchpad continues to shine with Medium’s Launchpad selling out on October 22 in just 40 minutes to raise roughly $350,000 for the 4th generation blockchain product. The listing was scheduled for a week later on October 28, with deposits opening at 12:00 and KRW markets unlocked at 15:00 KST.

The Launchpad’s streak of successes includes a sold-out IEO and same day listing to triple SportX as well as another 40% return for CPUcoin. AXEL is another project that was also the beneficiary of a sold-out token sales campaign and 400% returns following listing.

Medium provides enterprise-scale blockchain solutions for unrivaled speed and capabilities powered by the world’s first Blockchain Processing Unit (BPU) and is offered in several packages including public, private, and hybrid blockchain offerings to accommodate the specific needs of business operations.

Medium already boasts a floor of 100,000 TPS with the ultimate goal of achieving 1 million TPS to establish itself as the global leader in blockchain service efficiency and performance.