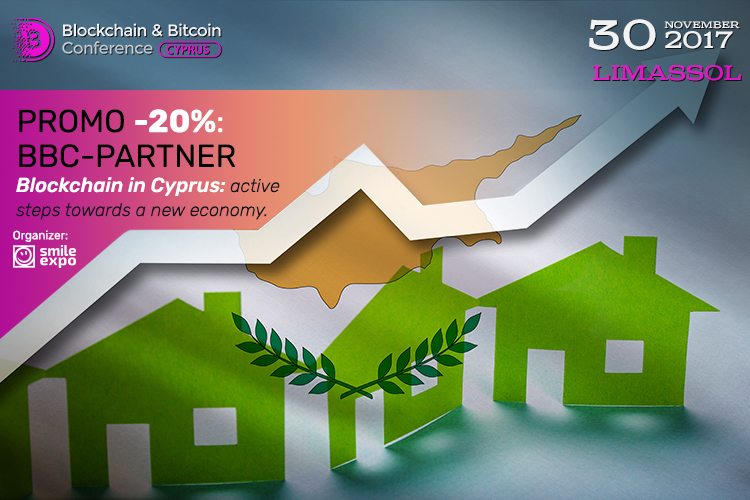 Blockchain in Cyprus: Active Steps towards a New Economy

For many years, Cyprus has been the Europe financial center due to the advantageous geographical location and beneficial taxing system with no double taxation. The country has never lacked talents: several educational establishments graduate specialists in economy and finance.

In 2013, the country suffered a debt crisis that paralyzed the Central Bank. In addition, the taxation on bank deposits was approved. These aspects lowered the republic position in the financial world. Nevertheless, such new technologies as cryptocurrencies and blockchain are warmly welcomed. Nowadays, Cyprus rides on a wave of decentralized economy. The country is attractive to blockchain startups and is likely to be among the pioneers of blockchain inclusion in the government control.

Cryptocurrency introduction as a reaction to the banking crisis

It is bitcoin that shown the existence of decentralized technologies to the majority of the Cypriots. The banking crisis in 2013 made people look for alternative ways of funds storage. In those days, bitcoin was steadily increasing, thus, more attractive compared to bank deposits. Currently, the Cyprus’s economy is stable but the number of traders and owners of digital currency doesn’t decrease. That is another reason why the Cypriots have a positive stance on blockchain innovations: they understand how it works.

Blockchain infrastructure in the country

The Cyprian pearl is a unique educational establishment – the University of Nicosia. Since 2013, its students can pay for studying with bitcoins. The University hosts student clubs for blockchain and cryptocurrencies enthusiasts as well as lectures on related topics. By the way, a scientific degree Master of Science in Digital Currency was approved here in 2014. Cyprus is where a cryptocurrency exchange Authenta Trade is located. It was purchased by a well-known American cryptocurrency investor Costas Inc. Currently, the exchange successfully operates and permits clients to conduct transactions both with digital and fiat currencies.

Also, many blockchain startups and companies (local and foreign) that attract funds via ICO are registered namely in Cyprus. In 2017, a new player entered the market of the country – a fintech startup Lykke. The company plans to offer a wide range of financial tools.

As reported by Head of the Cyprus Securities and Exchange Commission (Cysec) Demetra Kalogerou in late October, the country is going to use blockchain in digital payments in the coming years. According to the expert, this revolutionary way would be a gateway to transfer assets to foreign exchanges. The regulation of companies that trade assets with cryptocurrencies has already been developed. The state authorities are actively investigating blockchain with the aim to find other potential advantages of the technology. What is more, Cysec is a member of several international research projects.

Business representatives support the Cyprian authorities. Founder of an educational blockchain startup Edgecoin.io Kambiz Djafari comments on this position of the republic authorities towards blockchain: “Cyprus has always welcomed innovative technologies, online services, and new possibilities in business. This openness is obvious in terms of cryptocurrencies and blockchain, they are used by financial companies. Cysec is ready to establish the legal framework and promote blockchain in cooperation with the authorities.”*

Therefore, Cyprus is likely to become a pioneer of the new technology in case of blockchain integration in global processes.

You may find out more about the blockchain development in Cyprus, its history and future prospects at Blockchain & Bitcoin Conference Cyprus!

*“Cyprus is and was always not only a safe haven for new technologies and online services but also a strong sponsor for new business opportunities. In case of cryptocurrencies and blockchain related technologies, this openness is more than present and is used in financial services companies. Due to the Cyprus Securities and Exchange Commission (Cysec), the authorities are willing to set up applicable frameworks and promote blockchain technology even more.”