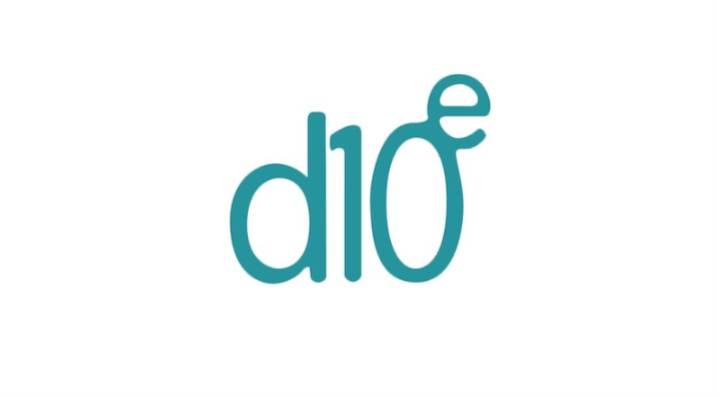 Los Angeles — August 28th, 2017 — d10e is proud to announce the first official gathering of the Blockchain Investors Consortium (BIC) at the ninth edition of d10e, which will be hosted in Kyiv, Ukraine on September 16–19. Since 2014, d10e’s conferences were hosted in Amsterdam, Bucharest, San Francisco, Singapore and Tel Aviv, and the brand has become known as the leading conference on decentralization, exploring the future of fintech, ICOs, blockchain, the sharing economy, the future of work, and disruptive culture.

BIC currently has 100 members consisting of crypto hedge funds and select individual investors with over $1 billion of digital assets under management amongst themselves. The purpose of BIC is to allow its members to share due diligence and co-investment opportunities in the most promising blockchain ventures.

“We welcome any crypto hedge fund with at least $3 million worth of digital assets, and any individual with at least $1 million invested in ICOs and/or in crypto trading activity is eligible to apply to become a member of BIC,” said Mike Costache, founder of the Blockchain Investors Consortium (BIC) and co-chair of d10e.

Token-as-a-Service (TaaS) Fund, Blockchain Capital, Consilium Group, CoinTree Capital, and Network Societies Ventures were among the first founding members to join BIC, and within a month, the number surpassed 100 as each new member connected other crypto hedge funds and individuals with whom they had made co-investments.

The ninth edition of d10e is co-hosted by Token-as-a-Service (TaaS) Fund which is headquartered in Kyiv. At d10e’s 6th edition in Bucharest in February, the founders of TaaS were just like any other regular attendee with big dreams in the crypto space, but have since become one of the most active crypto hedge funds after raising $7.6 million through their own ICO, which started on March 27 and ended on April 27. TaaS Fund is the first-ever blockchain project post-ICO to provide full transparency on all its trading activity through the Cryptographic Auditing tools it built for its members to see in real-time how their payouts are achieved.

“We are honored to co-host the ninth edition of d10e alongside the Blockchain Investors Consortium, and we look forward to investing in the teams coming to Kyiv to participate in the ICO pitch competition,” said Ruslan Gavrilyuk, co-founder and CEO of TaaS Fund.

After analyzing over two hundred ICOs and investing $3 million in 12 promising ICOs, and after intense daily trading of the top 70–80 cryptocurrencies, TaaS produced a 61% ROI for its investor base during its first fully-operational quarter (May 1st — Aug 1st, 2017).

“d10e conferences have been at the very heart of disruptive fintech, blockchain, and decentralized technology since 2014. We are delighted to invite the members the Blockchain Investors Consortium to this prestigious event to help establish best practices, to share due diligence, to form investment partnerships in this exciting field and also to be the judges at the ICO pitch competition with the biggest prize to date,” said Brock Pierce, co-founder and Managing Partner at Blockchain Capital, who is also the co-founder and co-chair of d10e.

BIC members coming to Kyiv will be judges in the ICO pitch competition on September 19 where the top three of the 20 presenting ICOs have a chance to win 20 BTC. This is not giveaway prize money, but an actual investment from BIC’s participating members, who are each chipping in 1 to 10 BTC. As more BIC members join as judges, the pool of investment prize increases. The final amount will be announced closer to the application deadline, September 12th, 2017. For more information about the competition, please see http://d10e.biz/ico-pitch-competition

For more information about the 9th edition of the d10e Conference in Kyiv and about future d10e events in Gibraltar, Warsaw, Beijing, or the Cayman Islands, please visit www.d10e.biz. As a free resource for everyone in the crypto community, d10e has compiled the most comprehensive list of Blockchain events around the world at http://d10e.biz/blockchain-events.

Tags: bitcoinblockchain eventcryptocurrencyd10ekyiv
TweetShare
BitStarz Player Lands $2,459,124 Record Win! Could you be next big winner? Win up to $1,000,000 in One Spin at CryptoSlots