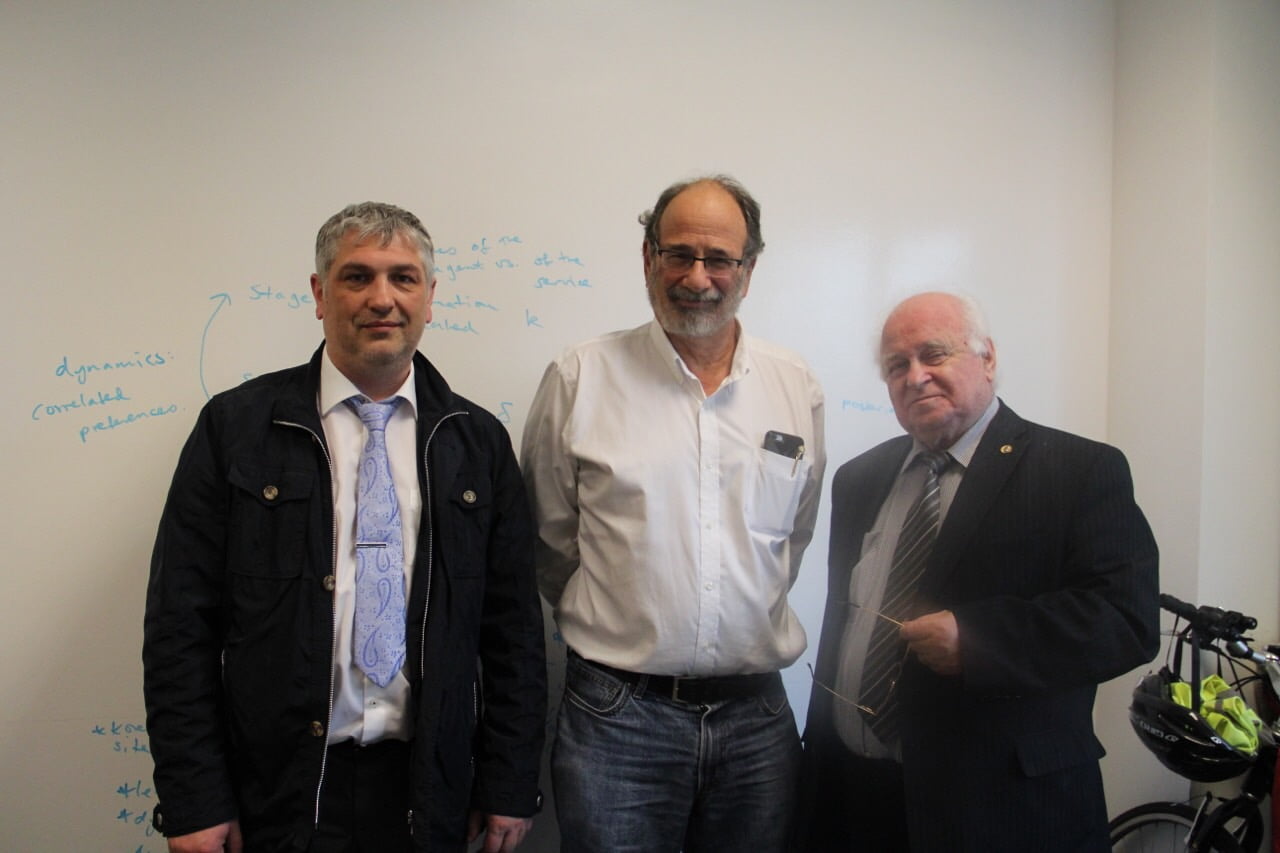 The meeting in Silicon Valley led to the collaboration of the G-Global Business Portal and the Nobel laureate in economics, Professor Alvin Roth. Mikhail Korb, the Secretary-General of the Center Party of Estonia expressed interest in the project.

During the meeting, the parties discussed the development of the Estonian economy in the direction of digitalization and the head of international organization G-Global Business Portal, Denis Tsyro has suggested the ways of its implementation.

The meeting was also attended by the Deputy Chairman of the Eurasian Economic Club of Scientists, Professor Hanon Barabaner, who highly appreciates the prospects of the forthcoming cooperation with Professor Alvin Roth:

“In Estonia, it is planned to develop and implement a state program for modernization and improvement of the efficiency of the economy. For these purposes, it is necessary to find systematic solutions at macro and microeconomic levels. Professor Roth’s comments on the development of the G-Global Business Portal project as a tool for digitalizing the economy and reorganizing enterprises will be of tremendous value for the entire IT community of the country”.

The tool for robotization, innovative technologies and for entering the new markets of the US, China, and other European countries is the G-Global Business Portal, a consulting marketplace that brings together experts from around the world. The G-Global Business Portal is a blockchain-based platform that cooperates with the AngelVest cryptofund and integrates the ChronoBank system into the consulting marketplace. TIME token will be used to manage human resources.

Alvin Roth expressed his opinion on the transition of enterprises to a new level in response to technical changes:

“Businesses have always changed their methods of operation in response to new technologies.Computer-aided markets not only make new businesses possible, they allow businesses to accumulate and process data more efficiently. There is every reason to believe that the changes we have seen in the last decades, as computerized marketplaces have started to become established, will continue and even accelerate in the coming years, and that the changes in the organization and operation of enterprises will be profound“.