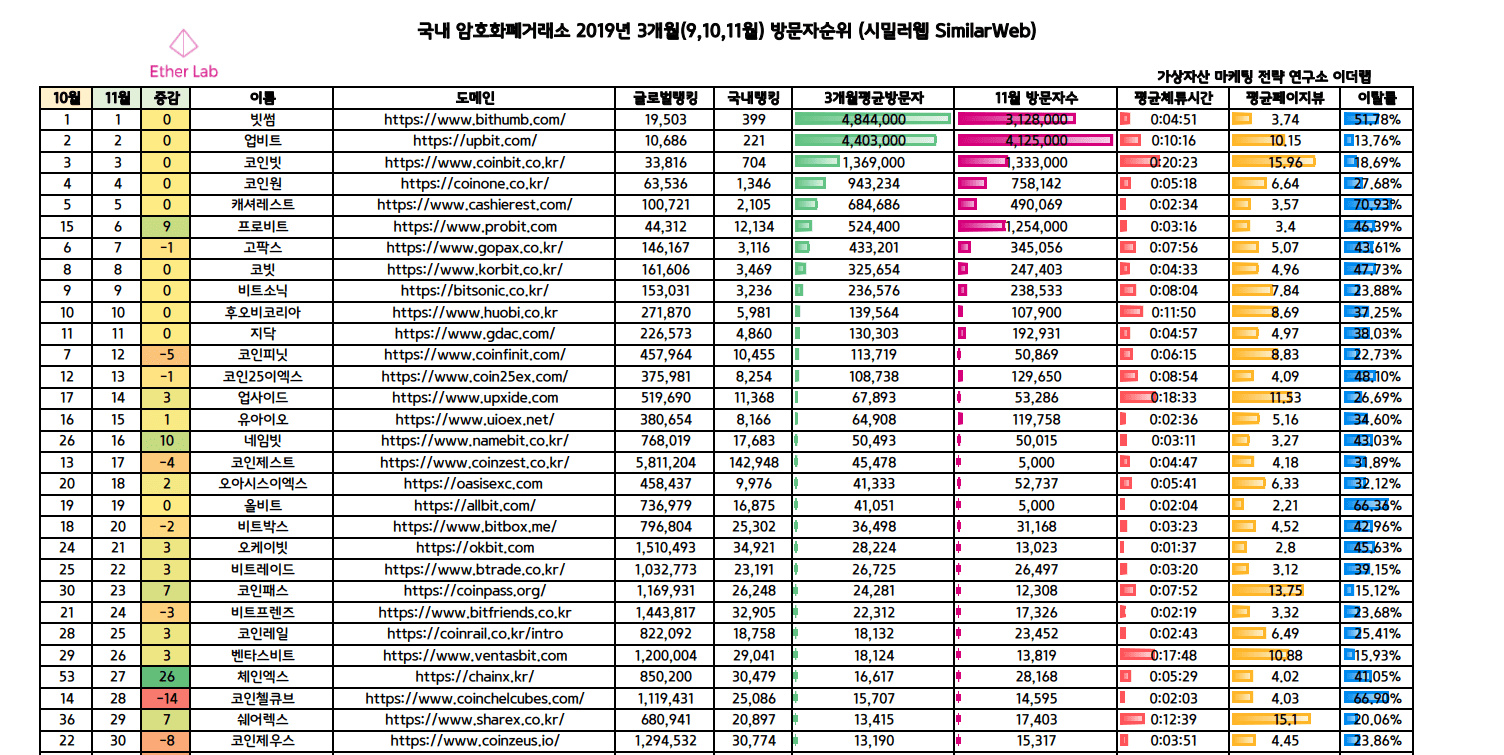 According to a recent report compiled by blockchain research group Etherlab that was published on Chainnews, ProBit Exchange has leaped an astonishing 9 spots to comfortably capture the #6 spot on the latest 3-month traffic report on the local exchanges in Korea. The data is compiled by web analytics solution Similarweb, which shows an overall decline in growth among many of the household names in the country.

Etherlab’s CEO Kyungsoo Kim remarked on the slippage, stating that “Lower-ranked exchanges are suffering from operational difficulties due to lack of trading volume and profit from trading fees. Most mid and lower-level exchanges are going through a closure process due to issues such as special policies and taxation.”

ProBit’s 1,254,000 visits in the month of November has it trailing only the top 3 exchanges as it continues to propel into the industry’s upper echelons.

Despite the bearish market, ProBit Exchange has now launched over 150 rounds of IEO along with secondary market offerings on a consistent basis as many entrepreneurs look to replicate the success of global clientele who have benefited from their extensive expertise and highly customized, flexible services.

ProBit’s continued success and expansion into international markets have also helped it crack the top 20 exchanges in web traffic due to their wide variety of user-centered events and unparalleled coin offerings which has helped it capture an impressive 1.65 million monthly visitors from their global and Korea based websites.