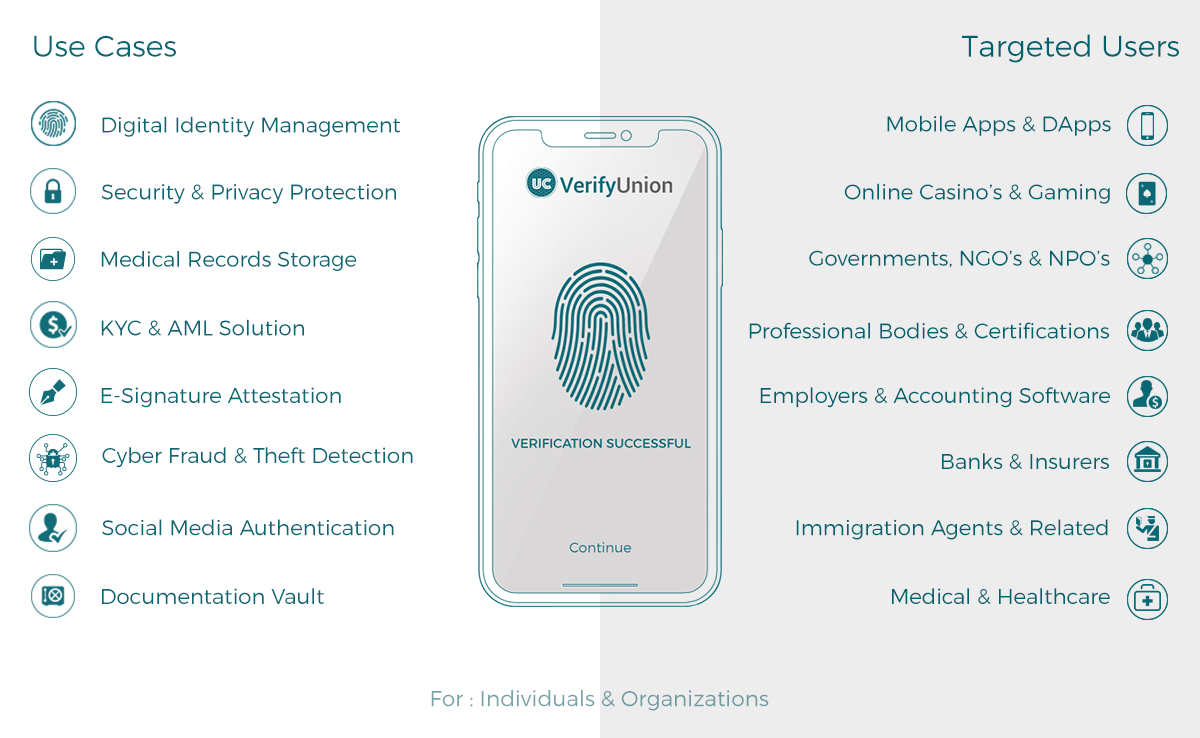 Singapore – Prominent New Zealand entrepreneur Leanne Graham is lending her name and passion to newly formed digital identity verification firm VerifyUnion Pte Ltd. VerifyUnion’s ultimate goal is the elimination of digital identity fraud through a new, highly secure, and cost-effective system based on Ethereum Blockchain technology. Ms. Graham is now a Shareholder and key Advisor to the Singapore-based operation which is rolling out tech developed in New Zealand, to a global audience, company officials said Monday.

“Her support has brought credibility and infectious enthusiasm to the enterprise,” says CEO AJ Smith. Ms. Graham brings a wealth of experience as well as an impressive business and investment network across many industries, whose support is welcomed by VerifyUnion, most immediately to participate in their Initial Coin Offering (ICO) launching on October 3, 2017. VerifyUnion is raising funds through its ICO to support the continuation in development of its core digital identity verification SaaS offering. Ms. Graham was formerly General Manager and Global Head of Sales at Xero (ASX:XRO, NZE:XRO) where she is credited for growing its Asia-Pacific operations from 4,000 to 120,000 customers over a three-year period, and overseeing almost every accounting business in New Zealand becoming a Xero client.

She has a strong reputation in the cloud-computing space with specialized expertise in SaaS revenue generation business models. Ms. Graham has deservedly earned the widely-used moniker ‘Rainmaker’ based on her success in this space.

Ms. Graham is currently Chair of Velpic (ASX:VPC), a leading global provider of cloud-based Learning Management Systems, and holds multiple other Directorships and Advisory roles globally, mainly within the cloud-based SaaS environment, including in Asia-Pacific, Brazil, and Spain.

“We see a partnership of strong synergies and complementary skillsets, where we are developing an indispensable service of the future, and Ms. Graham is the perfect person to help us refine it and bring it to the world,” said Smith, who heads the management team.

Built on the formidable Ethereum Blockchain, Singapore-registered VerifyUnion uses incentives and ecosystem currency in the form of “UC Coin” tokens.

“I am really excited about the fascinating new possibilities in the SaaS world that these new Blockchain technologies are empowering us with,” Ms. Graham said. “And not just for the product, but the new ways companies are creating ecosystems to raise funds, such as our crowdfunded Initial Coin Offering”.

“The Blockchain technology enables VerifyUnion to facilitate smooth and secure online transactions alongside cost-efficient data acquisition, storage, and retrieval. Its users maintain a high degree of assurance by having complete control and authority over the identity information they share with government agencies and private and public companies, with the best technology available, under the VerifyUnion system,” Smith explained.

Visit https://verifyunion.io  for more information or download its whitepaper now.

Tags: blockchaincryptocurrencyverifyunion
TweetShare
BitStarz Player Lands $2,459,124 Record Win! Could you be next big winner? Win up to $1,000,000 in One Spin at CryptoSlots