The 5th Bitcoin Lightning Network Hackday to Be Held in Munich on June 1st/2nd, 2019 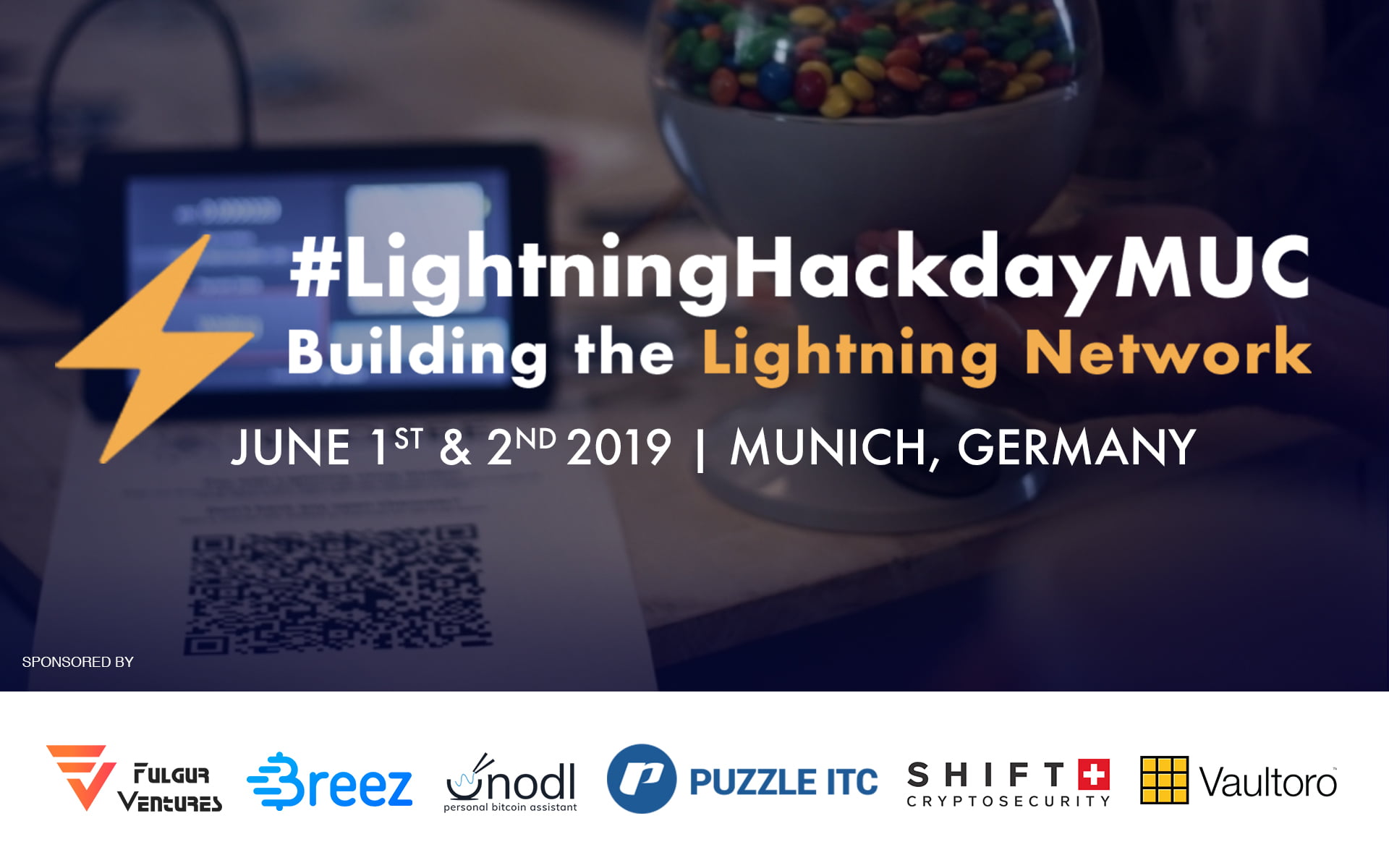 Hodl onto your Lederhosen, the #LightningHackday is coming! On the first two days of June, engineers and start-ups united around the Lightning Network will gather in Munich, Germany, to exchange ideas and improve their projects. The fifth #LightningHackday held in the Unconference format promises to be a full weekend of learning, exploring and building the Lightning Network as second-layer scaling solution to further improve Bitcoin.

Recognized as one of the most effective remedies to Bitcoin and Blockchain scaling, the Lightning Network can be used in a variety of ways. It is offering a mechanism for low-cost instant payments based on Bitcoin, enabling use cases for IoT and micropayments. The Lightning Network, which was activated on the Bitcoin mainnet a little over a year ago, is still in its early stages. A lot of issues need to be elaborated, in particular, how to make it easier to use.

Teach everyone, learn from everyone

To best serve this purpose, the “teach everyone, learn from everyone” format was chosen. Starting out on the morning of June 1st with some scheduled talks, the Hackday will move into the Hackathon and the Barcamp sessions, with the reverse order of events the next day, plus the Hackathon demos and also an educational and entertaining Lightning street theater session.

Even though most of the event will be held as an Unconference, the list of speakers is quite impressive, with 17 speakers having confirmed their attendance at the moment, including developers from all major Lightning Network implementations. Fabrice Drouin (Acinq), Johan Halseth (Lightning Labs), Thomas Voegtlin (Electrum), Alekos Filini (Blockstream), Rene Pickhardt (Data Science Consultant), Matt Corallo (Rust Lightning) and Giacomo Zucco (BHB Network) are among them. In addition, participants will include representatives of event’s contributors and sponsors, in particular, Vaultoro, Breez and Shift Cryptosecurity, Puzzle ITC, nodl, Fulgur Ventures.

This will be the only #LightningHackday organized by Fulmo this year. Tickets – that can only be bought with Bitcoin via Lightning or on-chain – are expected to be sold out.