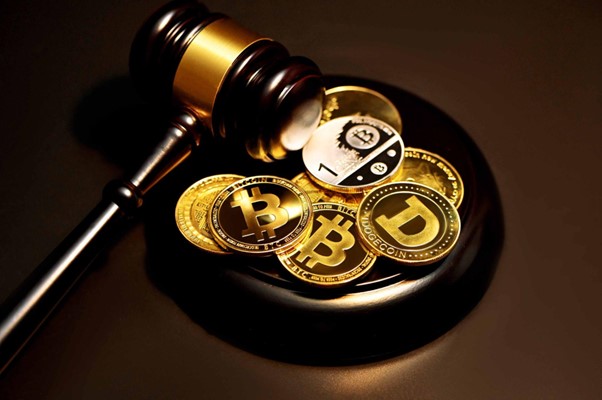 Cryptocurrencies are a good investment choice for investors of all income groups and ages, given the slew of benefits one gets, right from inflation-proof returns to data privacy and lack of third-party interference. Moreover, with the advancements in blockchain technology, cryptocurrencies are now enabling people to do more than just trade. Users can now build decentralised apps, mint NFTs, play blockchain-based games and enjoy a host of other activities while earning rewards in terms of cryptocurrencies. As is evident by the success of meme coins, many of these cryptocurrencies have gone on to achieve resounding success with their next-generation features.

If you are looking to spot the next cryptocurrency to explode in 2022, then you can start by researching some of the leading names like Runfy (RUNF), Bitcoin (BTC), and Tron (TRX).

Runfy: Earn rewards for leading a fitter and healthier life

Built on the Binance Smart Chain, Runfy is a decentralised platform that lets its users earn cryptocurrencies as rewards by achieving their weight loss targets and leading healthier lifestyles. Users can also look forward to daily rewards simply by following some tips for a healthy lifestyle that will be mentioned in the Runfy programme. The Runfy app tracks a user’s progress, and the rewards are decided on their daily progress.

Runfy’s two metaverse extensions will enable users to participate in activities hosted by the platform. RunfTR is a Metaverse universe for diet and fitness trainers and consultants. Users can benefit from their services by paying in RUNF Tokens. The other Metaverse feature is that RunfTR Shop can allow people to buy fitness equipment and activewear.

Runfy has its native token RUNF that can be used for staking, earning rewards and liquidity pool acquisition, among other use cases. Interested buyers will be able to purchase it on presale.

The platform offers its users a wide range of attractive bonuses on purchase. However, these bonuses will vary based on factors like the cryptocurrency used in the transaction, the stage of presale during which the transaction was made or the amount spent, among other factors. For example, if an Ethereum user buys RUNF Tokens, they will get an extra 15% tokens as a bonus. Now, if the same transaction is made in the first stage of the presale, they will get an additional 7% tokens for free as a reward.

Tesla earns $64 million in profit by selling its Bitcoin holdings

Bitcoin is one of the first cryptocurrencies to have been introduced in the world and its success story laid the foundation for the blockchain-enabled assets ecosystem. It has its own native token BTC, that can be used for token swapping, cryptocurrency trading, yield farming, liquidity pool provisioning, staking and earning rewards, among other transactional purposes. In a recent development, Tesla announced that it had clocked a gain of $64 million by selling 75% of its Bitcoin reserves, earning the company $936 million in the second quarter. It also stated that it had made an impairment to the tune of $70 million on the remaining holdings. These figures were based on Tesla’s 10-Q filings with the Security and Exchange Commission in July 2022.

Tron’s TRX Token is back in recovery mode

Tron is a decentralized cryptocurrency network that enables its users to build scalable dApps with high throughput and also trade cryptocurrencies. Plus, its an efficient system of smart contracts that developers can choose from several ways before picking the best option to deploy a dApp. It has a native token TRX that can be used for all transactional purposes on the platform, including staking, token swapping, and paying fees. The TRX Token is listed on over 130 cryptocurrencies. There were recent reports that the TRX Token was back on track. A report published on July 25, 2022 stated that Tron’s trading volume stabilised at around 3%.