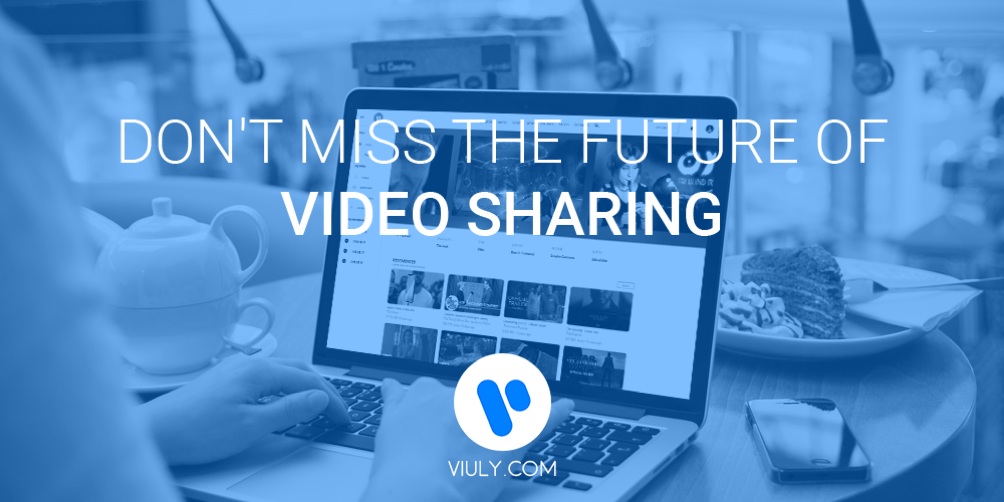 Viuly, a multimedia development company has recently announced its pre-ICO campaign, starting from October 10, 2017. The company is set to revolutionize the multi-billion-dollar online video market with the help of cryptocurrency technology. The blockchain based decentralized platform will reward users, authors, and advertisers equally while cutting off all middlemen and access related restrictions involved in between. Viuly is on the verge of becoming the first of its kind platform in the industry segment.

Millions of people globally, watch and share videos online on mainstream hosting platforms like YouTube and Vimeo. YouTube holds an impressive market share of over one-third of all online users. The video-sharing industry is a consumer-oriented market that keeps growing. As revealed by Cisco, video now accounts for two-thirds of total internet traffic. Forrester, a research firm, has also published its findings, estimating that a 1-minute long great video is worth over $1.8 million, in terms of marketing.

Online video advertising revenue is in billions of dollars. Centralized mainstream online video sharing platforms take a lion’s share of 50 to 60 percent of ad revenue, while authors earn least attractive sum for making videos and users get nothing.

How Viuly is the Solution?

Viuly believes in the creation of a blockchain based decentralized video sharing mechanism that is rewarding for all participants. Viuly pays 65 percent of ad revenues to the authors and 25 percent to the users. This is the first platform where users are paid to watch free of cost videos.

Due to decentralized nature, the platform doesn’t have any single point of failure. It has been developed on IPFS protocol, enabling saving of files in a distributed network without a shared control center. Users can use the additional space on their hard disk to save uploaded videos on Viuly and get VIU tokens in return.

Video uploaders can get 4 possible income streams. Content creators publish their free videos and get UIV tokens and 65 percent from ad revenue, sell premium content on a per-view basis and make their video channel subscription based where viewers can access the videos by paying VIU tokens. Viuly generates transparent, accurate and blockchain auditable viewer stats, which reduces fraudulent views/stats of videos. The decentralized platform ensures zero censorship, zero video blocking, and zero content restriction. For flagged content, moderators receive an alert. If a violation is detected, the video is deleted and the user rating will be downgraded.

The pre-ICO participants will get benefits such as 50 UIV tokens for signing up, 100 UIV for uploading the first video and 50 for referrals.

To know more about this platform and take part in its upcoming ICO, please visit http://viuly.com/

Tags: blockchain platformICOpresalepress releaseViuly
Tweet123Share196ShareSend
Win up to $1,000,000 in One Spin at CryptoSlots