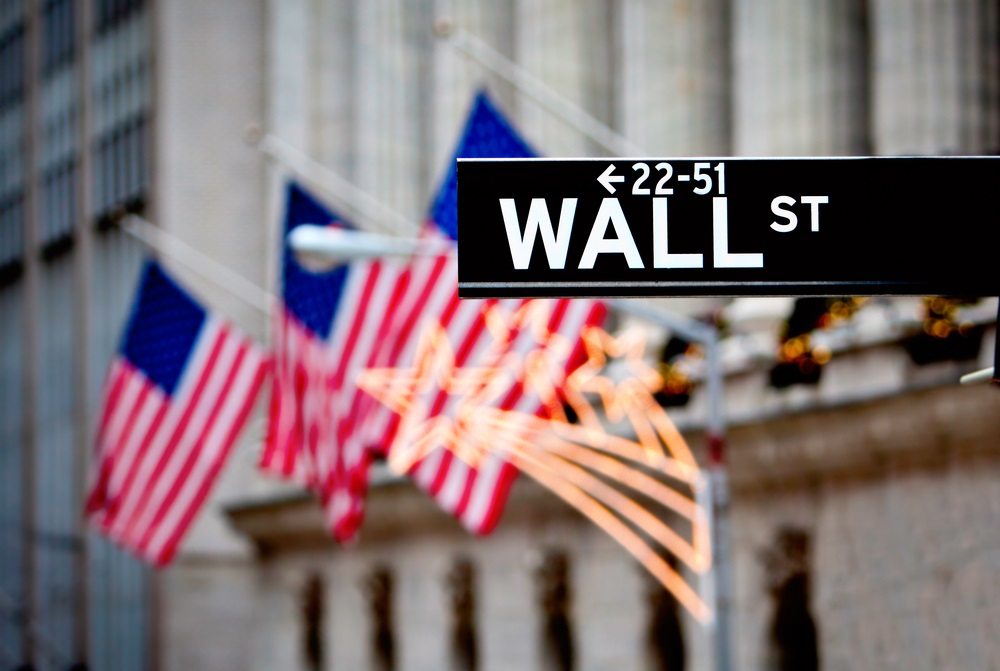 Although the past week was rather quiet for the cryptocurrency industry, the price action seen throughout the past few days seems to tell a different story, with Bitcoin trading within a hefty $1,400 range.

On Tuesday afternoon, the SEC released a document revealing that it would be delaying its verdict of the VanEck and SolidX Bitcoin ETF by 45 days. In a two-page document, the American regulatory body highlighted the fact that it was exercising its right to delay such a decision, from the original date of August 16th to September 30th. Despite the fact that the SEC didn’t outright deny the proposal, some wary investors saw this of a premature sign of what was to come when the final verdict rolls about.

Jake Chervinsky, an American lawyer active in the cryptosphere, released an insightful tweet regarding his opinions on the ETF and its position with the SEC. Chervinsky, who keeps an ear to the ground in this industry, noted that he expects for the SEC to issue another extension until December 29th. In a tweet in the same thread, the lawyer predicted that if the regulatory body “instituted proceedings,” that a disapproval of the proposal would be more than likely.

New deadline: Sunday, September 30, exactly 45 days from the prior deadline of August 16. I had predicted October 1, thinking the SEC would carry the deadline over to the next Monday.

I expect another extension to December 29. https://t.co/dzHq9W6xU4

As a result of rampant bearish speculation, the market saw a quick sell-off, with the price of Bitcoin quickly dropping through the key support at $6,800. Altcoins followed closely behind, posting similar losses in terms of percentage. Nonetheless, CNBC crypto analyst Brian Kelly noted that the market reaction to this verdict was irrational, stating:

While some investors take Kelly’s statements with a pinch of salt, this statement alludes to the analyst’s longer-term hope for this nascent market.

Goldman Sachs Could Launch Crypto Custody In The Near Future

Cryptocurrency custody solutions are seen by many as the next step for institutional adoption, with such services easing legacy market firms into this (relatively) foreign industry. As Bloomberg reports, Goldman Sachs, which is unarguably one of the most respected firms on Wall Street, may make a foray into the custody sub-industry. This unexpected news only comes a few months after the New York-based investment giant began the trading of Bitcoin futures on behalf of its clients.

The news of this surprising news comes courtesy of Goldman insiders, who added that there isn’t a definitive timeline for the potential development of such a service. While custody doesn’t sound like much independently, some users hypothesized that the successful launch of custody may entice the financial services firm to launch other crypto-focused ventures in the near future.

In response to a Bloomberg query, a Goldman Sachs spokesperson neither confirmed nor denied the existence of such a plan, stating:

“In response to client interest in various digital products we are exploring how best to serve them in this space. At this point we have not reached a conclusion on the scope of our digital asset offering.”

As covered in the previous Crypto Week In Review, Goldman is not the only traditional markets firm to show interest in custody, as Chicago-based Northern Trust expressed a similar interest for custody while speaking with Bloomberg.

In mid-March, Binance, the world’s foremost cryptocurrency platform, announced the formulation of the Binance Chain project. In the announcement, the platform highlighted its move towards the development of a decentralized exchange. But in the months following Binance Chain launch, the firm went quiet, going multiple months without a substantive update. However, in a recent tweet, Binance CEO Changpeng Zhao provided his followers with a video of the “rough, pre-alpha” version of the Binance Decentralized Exchange (DEX).

As this is nothing but a “pre-alpha” release, Zhao told his viewers not “to expect too much,” highlighting the fact that no graphical user interface had been created as of yet. Although it may have looked rough around the edges, a Binance developer successfully showed off three features that are essential for any respectable DEX.

From what was seen, it has become apparent that all seems to be working according to Binance’s plan. But until Binance releases a version available for public consumption, it remains to be seen whether the DEX can handle an influx of volume and users.

Whilst the market has had a bearish week, the Ethereum Classic project experienced an influx of bullish news, namely the addition of ETC onto three prominent exchanges. First came Coinbase, who had announced the integration of ETC nearly two months before the actual listing occurred. On Friday, August 3rd, Coinbase revealed that its engineering team had entered the final testing phase for Ethereum Classic, expecting this stage to be completed by August 7th.

Staying on schedule, Coinbase launched Ethereum Classic support for its professional-focused platform on August 7th. But for now, fully-fledged trading features will not be available for all Coinbase customers, as the Californian crypto startup intends to issue a one to two-week trading delay for users of Coinbase Consumer (coinbase.com).

Up next was Robinhood, the fee-less cryptocurrency platform that mobile traders have come to love, who introduced Ethereum Classic as its 7th supported crypto asset. For now, Robinhood traders will be unable to deposit or withdraw ETC to the platform. But make no mistake, Robinhood employees are doing their best to implement wallet support for this early-stage venture into the cryptocurrency market.

Last but not least, Seattle-based Bittrex announced a new ETC/USD trading pair, which is one of the exchange’s first forays into fiat-to-crypto (and vice-versa) support. ETC now joins Bittrex’s exclusive lineup of fiat-supported cryptocurrencies, which include BTC, ETH, USDT, TUSD, and XRP.

While many saw these listings as a positive sign for ETC, this array of positive developments has had no discernable effect on the price of the asset so far. So for now, it seems that Ethereum Classic proponents will have to take the full brunt of the stormy market conditions.

The cryptocurrency market was already in a bearish state following the Winklevoss ETF denial, but as the most recent SEC announcement spread through the industry on Tuesday, everything began to cascade further downwards, with Bitcoin rapidly moving under $6,800. For a short period of time, some thought that Bitcoin found a place to stand at the $6,500 level, but as sell-side sentiment continued, Bitcoin was subject to a series of movements that placed the price of the asset at a new monthly low of ~$6,050. Despite the fact that many thought that $5,800 was the next stop for the Bitcoin train, for now, the train has been met with some resistance, as the market has found a foothold, albeit ever so small, within the $6,300-$6,400 range. 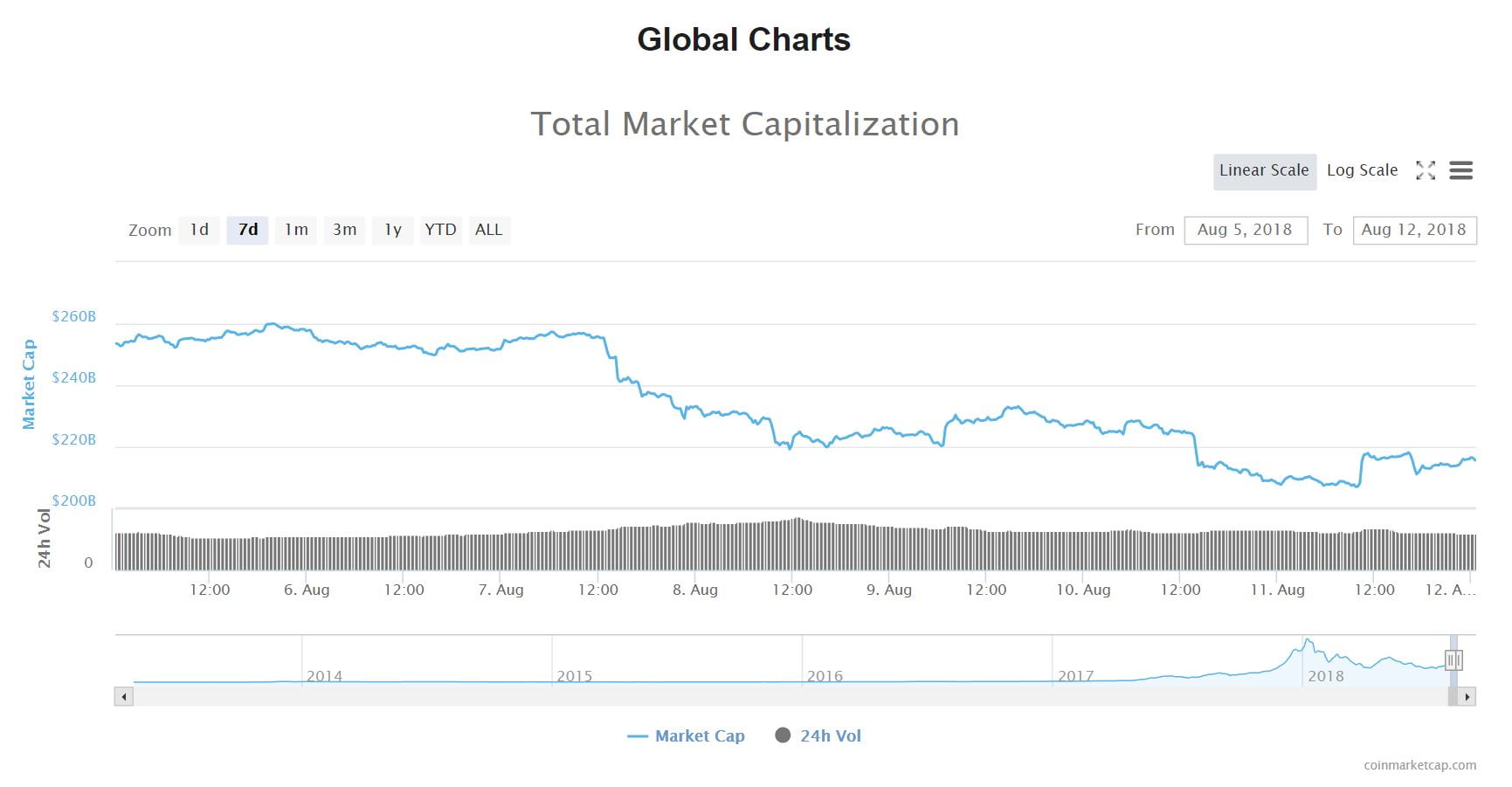 While Bitcoin’s chart may look dismal enough, altcoins arguably had it worse, with assets like Ethereum, Litecoin, Bitcoin Cash, EOS and XRP posting losses of 15% or more. This altcoin sell-off resulted in Bitcoin’s dominance surging to the highest it has been in eight months, at a staggering 50.9% on Saturday night.

This altcoin capitulation has also resulted in the cryptocurrency market establishing a new year-to-date low, with the collective valuation of all crypto assets briefly moving under the $210 billion mark.

However, in a direct contradiction to this drastic pullback, some industry leaders still hold bullish sentiment. Dan Morehead, Pantera Capital’s CEO and co-founder, called this move downwards an “overreaction” to the aforementioned SEC verdict, implying that the market could pose a recovery shortly. The crypto fund CEO also noted that investors should begin to focus on the positive news, instead of the bearish. While many may be skeptical of what Morehead has to say, as stock investment guru Warren Buffet once said, “be fearful when others are greedy and greedy when others are fearful.”