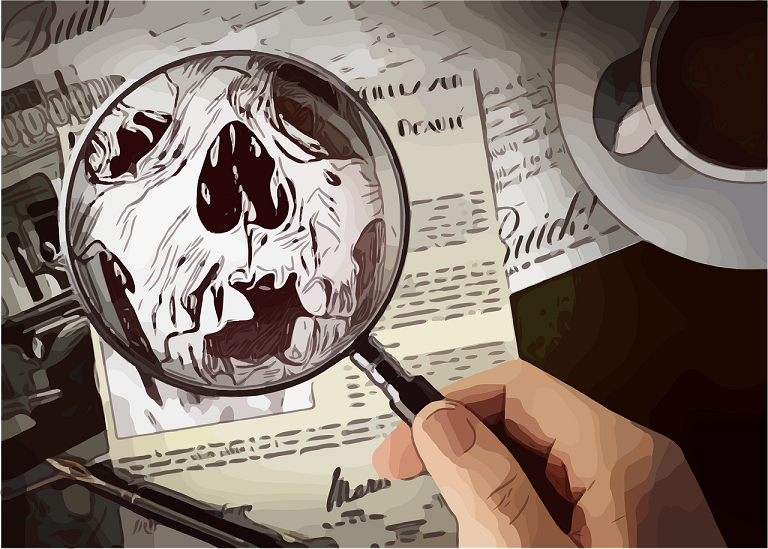 The UST Restitution Group is on Do Kwon’s tail. A few governments and this civilian group are all out looking for the Terra creator, who insists that he’s not on the run. The Terra/ Luna collapse was one for the books, and that book is still open. We will write many more headlines about Do Kwon, and probably a few about the UST Restitution Group also. What’s done is done, some might say, but others will not rest until the case involves a court.

Related Reading: Are There Any Chances Of Terra UST Victims Getting Refunded? Let’s Find Out

In the FT article menacingly titled “Retail investors become vigilantes in hunt for crypto’s most wanted man,” we get to meet the UST Restitution Group. It’s “an association of nearly 4,400 crypto investors trying to track down Kwon, who is wanted in South Korea on charges of financial fraud.” That’s not Do Kwon’s only legal problem, the UST Restitution Group “launched class action lawsuits against Kwon in Singapore and the US, while Interpol has issued a red notice for him. South Korea is expected to revoke his passport on Wednesday.”

According to the UST Restitution Group’s website, “Members have suggested that Kwon could be in Dubai, Russia, Azerbaijan, the Seychelles or Mauritius, among other locations.” A pseudonymous user went further and wrote, “Dubai is friendly to crypto, very international (he would not stand out), and has limited extradition treaties in place. It would seem like the best fit for the 3-5 hour timezone shift apparent in the data.”

Reviewing their impressive methods, another pseudonymous user reveals, “I obviously wouldn’t delve into specifics because publishing our methods would render them ineffective. I think we’re doing more than anyone else, though.” This particular UST Restitution Group member “introduced himself as a 31-year-old Ivy League-educated American,” and goes by the name of Antithesis. “His days are numbered. We have people who are very, very close to Do Kwon,” the person said.

These are very high-level people. They’ve been scorned and they want answers. What will they do to Do Kwon when they find him, though? Another UST Restitution Group member that goes by the name of HKTrader “said he spent a month organising a Singapore class action lawsuit against Kwon and discovered his whereabouts in the country by hiring a private detective.”

Do Kwon is not in Singapore” anymore, though. How Would They Do It?

The elephant in the room is this: people are not sure how Do Kwon’s trial is going to go. The FT article quotes Seoul crypto expert Choi Hwa-in, “I wonder how effective the legal action against him could be, given the lack of legal ground to punish crypto players. This would just strain the crypto market further, dragging down their value and hurting investors more as a result.”

Related Reading: Aptos (APT) Ranges Just Above $8, Is It Time To Dump Those Airdrop Tokens?

They also quote an official statement from Terraform Labs themselves, “Recent developments reaffirm that Terraform Labs and its stakeholders remain subjected to a highly politicised and erratic legal environment in South Korea. The facts are on our side, and we look forward to the truth coming to light in the coming months.” Is it possible that Do Kwon and company have it all under control? If so, why is he hidd… oh yeah, because the UST Restitution Group people are literally looking for him.

In a recent interview with journalist Laura Shin, the Terra creator refused to reveal his current location. Apparently, when people knew where Do Kwon was, there was trouble. In the interview, the Terra creator admitted failure and said the cause was the protocol’s “weakness to respond to the cruelty of the markets.” Do Kwon admits to technical and theoretical mistakes, but denies Terra was a scam.

I'm sorry, people, but this is totally not cool. What do they plan to do when they find him? WTF

For her part, Laura Shin went to bat for Do Kwon on this issue. “I’m sorry, people, but this is totally not cool. What do they plan to do when they find him? WTF? People are crazy — Do was right when he said on my show that he can’t reveal his whereabouts. Seriously, don’t do this,” the journalist tweeted.