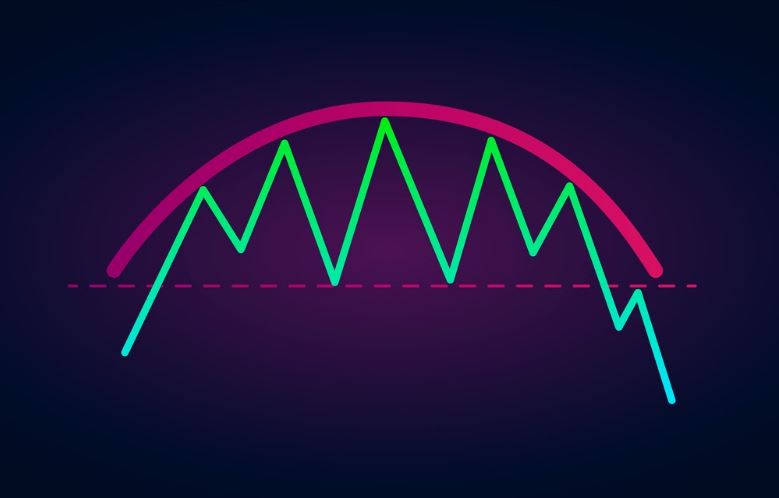 Head and shoulders are top and bottom formations, that represent a winning and losing battle of tug of war between buyers and sellers.

After a game of push and pull, one side breaks and the pattern is confirmed. A large move results that often kicks off a longer term trend.

When the resistance line is reached once again, a breakout follows. In this case, a throwback confirmed former resistance as support before the target was reached.

When the price peaks out at two similar price levels, it is called a double top. Double tops are a common occurrence in trading. Assets may need several retests of support or resistance before a trend fizzles out. This results in two or more peaks.ű

In the below example, a Adam and Eve double bottom is depicted. It differs from a traditional double bottom by having a second, rounded bottom instead of two sharp points such as the top example above.

By the third test of the support or resistance holding, it is a signal that it likely isn’t going to break and needs to gain momentum once again before another attempt is made.

Previous Topic
Back to Lesson
Next Lesson
Tweet123Share196ShareSend
Win up to $1,000,000 in One Spin at CryptoSlots

Nox Bitcoin To Refund UST At $1 To Their Customers