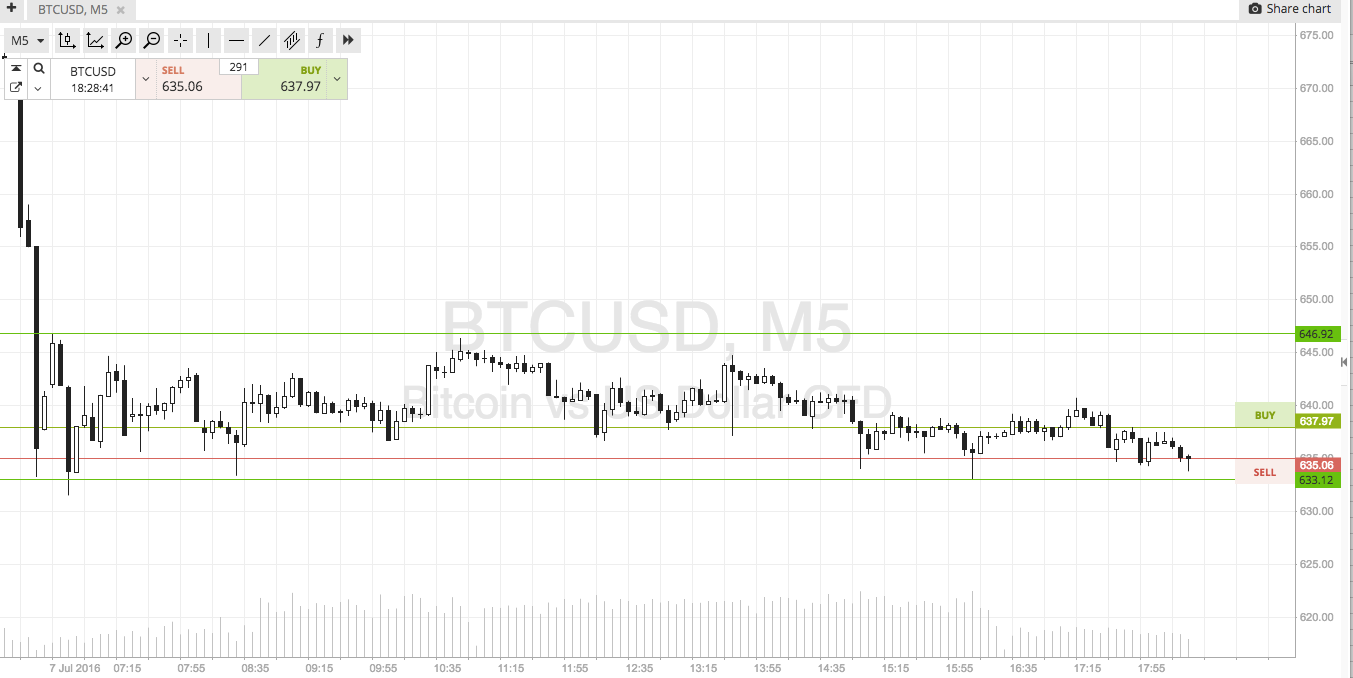 It’s getting pretty tough to hold off on the markets, but once again, action during today’s session has given us very little to play with in terms of volatility. We’ve had another day of inactivity, even though this morning we narrowed our range a bit and went for some scalp trades during the session. At the beginning of the week, we attributed the low volume and – resulting – weakness in volatility to the US holiday. Now, it looks as though the upcoming halving is likely playing its part in sentiment. It’s going to be a big event from a speculative trader’s point of view – and chances are those who are looking to take a position in line with their respective biases have already done so. We’ve discussed coiling in the past, and this looks like a perfect example of that sort of activity. Action is bound tightly by sellers putting weight on price and buyers supporting it, and this creates a sort of tight, winding action. The thing with coiling is that when price breaks in favor of one way or the other, it generally runs a considerable distance as the positions that run against it unwind.

As traders with no immediate directional bias, therefore, all we need to do is ensure we get in as price decides its direction, and hold on to the trade to a predefined target. Similarly, a predefined risk parameter (i.e. a stop loss) will keep us from getting on the wrong side (or at least, that is, staying there).

So, what are tonight’s parameters? Take a quick look at the chart to see what we are watching.

As the chart shows, we are looking at in term support to the downside at 633, and in term resistance at 646. If price breaks either of these levels, we’ll enter toward a $15 target with about $3 risk, as defined by a take profit and a stop loss in line with the entry.