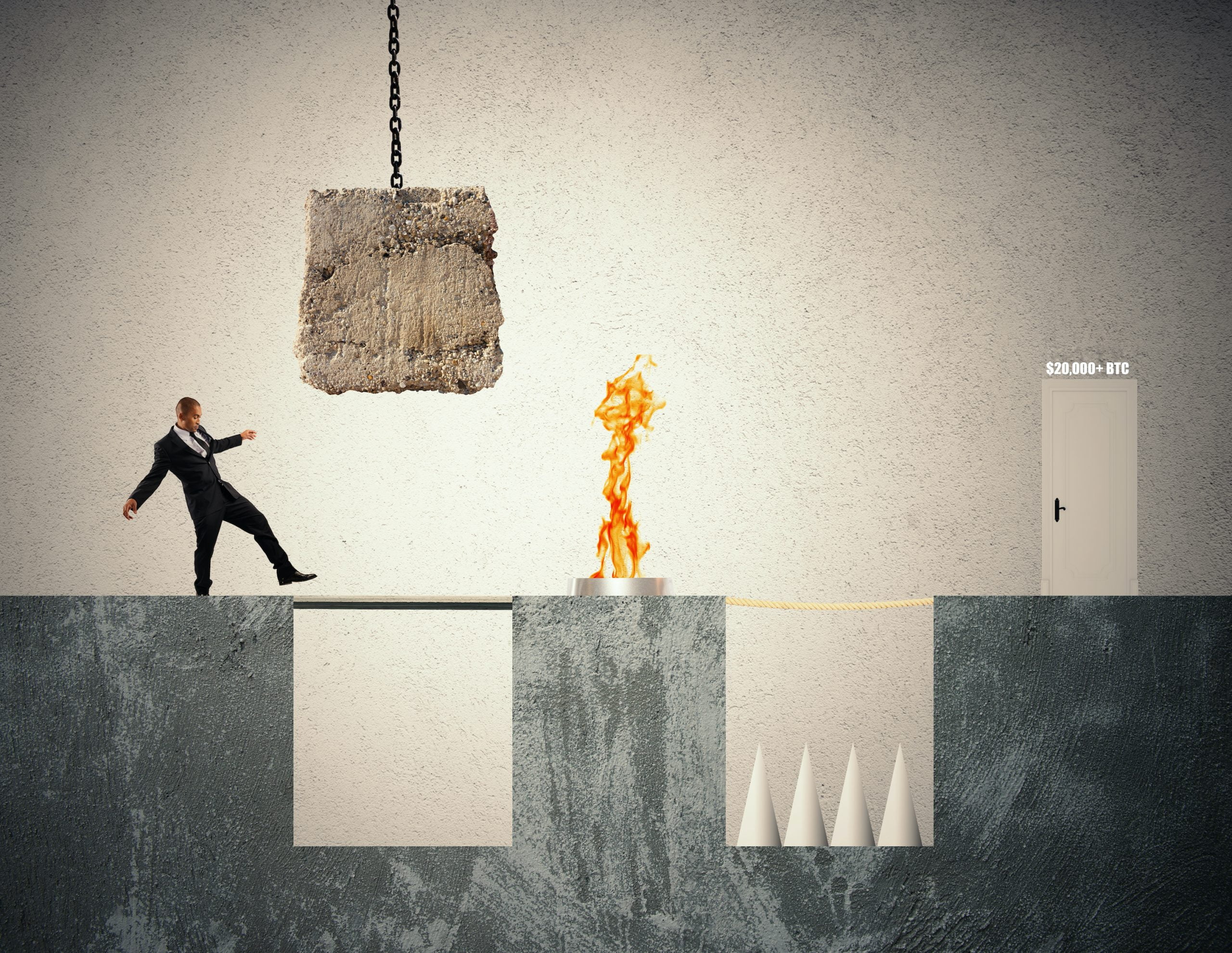 Bitcoin is trading right around its former all-time high, and although a new record has been set, the crypto market has yet to see the fireworks that they had been expecting once here.

Instead, a pseudonymous technical analyst says that what the market should be anticipating instead of a direct moonshot, is “consolidation” consisting of shake-outs, deviations, and traps of all kinds before the next leg up finally arrives.

Analyst Explains What To Anticipate For Bitcoin Price Action Below ATH

Momentum is back in the crypto market, driven by a new world and new Bitcoin narratives capturing first the curiosity, then capital of investors of all degrees of wealth.

Belief in the cryptocurrency has been building, and a new wave of interest has propelled prices higher. Few would have guessed that just nine months after Black Thursday and a retest of $4,000 that Bitcoin would have already set a new all-time high.

The rally in 2020 left both bulls and bears in disbelief even though anyone who understands the cryptocurrency’s potential should be aware of what it’s capable of.

The market had anticipated Bitcoin smashing through its former record once it got here and not ever stopping, but instead, there have now been a couple of weeks of consolidation under resistance. And while that’s often a bullish sign that continuation will eventually follow, a breakout won’t arrive before a number of shakeouts, traps in either direction, and extreme deviations – according to one analyst.

Hold On For Dear Life: Bull Traps, Shakeouts, And Bear Traps – Oh My!

As stated, anyone who knows a thing or two about Bitcoin is likely also aware of a few other key factors. For instance, crypto investors know that post-halving, demand begins to outweigh the scarce BTC supply.

They also know that when $20,000 is breached with enough force, the parabolic phase where all of the money will be made should begin. Finally, they’re aware of the incredible valuations that the crypto asset is expected to reach from here.

Given all the potential, value, and profit to be made, isn’t it naive to assume that there won’t be plenty of violent corrections, volatile shakeouts, bull traps, and bear traps around every turn for that tightly held BTC to change hands?

The phrase “hold on for dear life,” or “HODL” was coined as a way to help investors cope with the asset’s wild volatility and not risk being shaken out, losing their precious BTC along the way.

Shakeouts are coming regardless of how bullish Bitcoin is, it is up to you if you allow yourself to be shaken enough to sell.

Tags: bitcoinbtcbtcusdBTCUSDTcrypto
Tweet123Share196ShareSend
Win up to $1,000,000 in One Spin at CryptoSlots