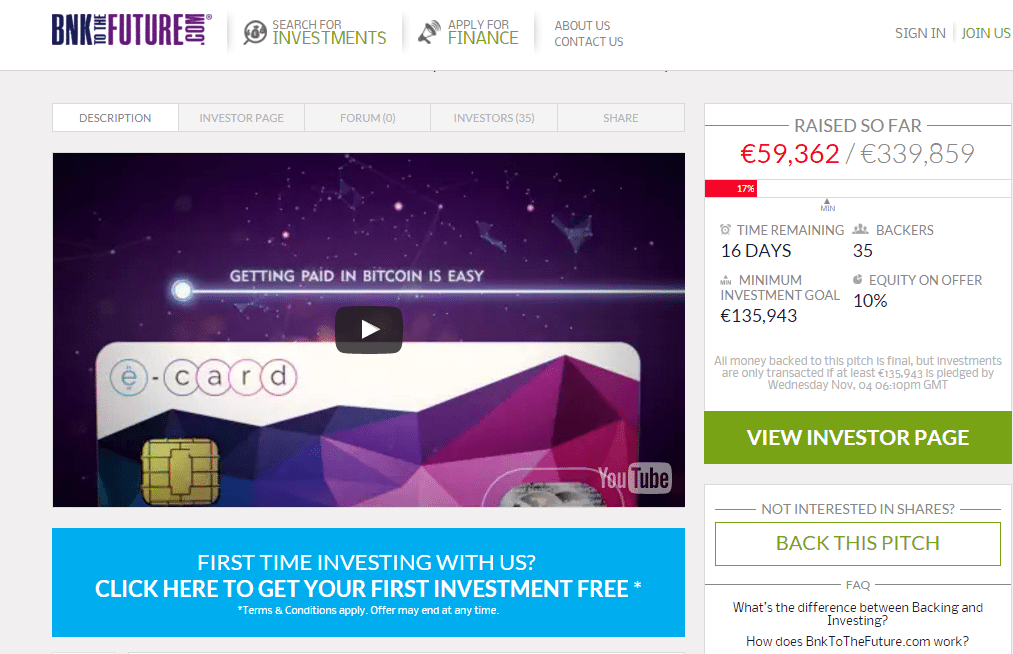 This company has made great strides of late particularly after it launched a multi-sig Bitcoin wallet and debit card which was designed to bridge the gap between traditional finance and cryptocurrency.

Later it also announced an affiliate program for the benefit of the users.

For a firm that has customers from 150+ countries and also provides several options for the Bitcoin lovers, this effort to have crowdfunding clearly makes sense, as the company has made its presence felt in the world already.

The company particularly works on sorting the problem of ‘limited options’ by which a user could spend the Bitcoin.

E-Coin is attempting to resolve this by merging the Bitcoin infrastructure with the traditional financial one.

The approach of the company is therefore very new and perhaps this is why on its crowdfunding campaign it was able to grab attention and has successfully 17 percent of its set benchmark of €339,859.

With 16 days remaining, 35 backers in the kitty, and with 10 percent equity on offer the campaign is bound to heat up for this London-based Bitcoin company.

It also goes to the credit of E-Coin that it has made itself relevant to the market through innovation and now proudly claims to have over 40,000 user signups.

The young company that began its operations just a year back it has also distributed 10,000 debit cards with nearly $1 million in monthly volume, thus proving its mettle.

The company has in addition to the traditional plastic USD/EUR/GBP Visa cards, that are already out and being used by many in different parts of the world, had also released virtual Bitcoin debit cards to be used for online payments globally.