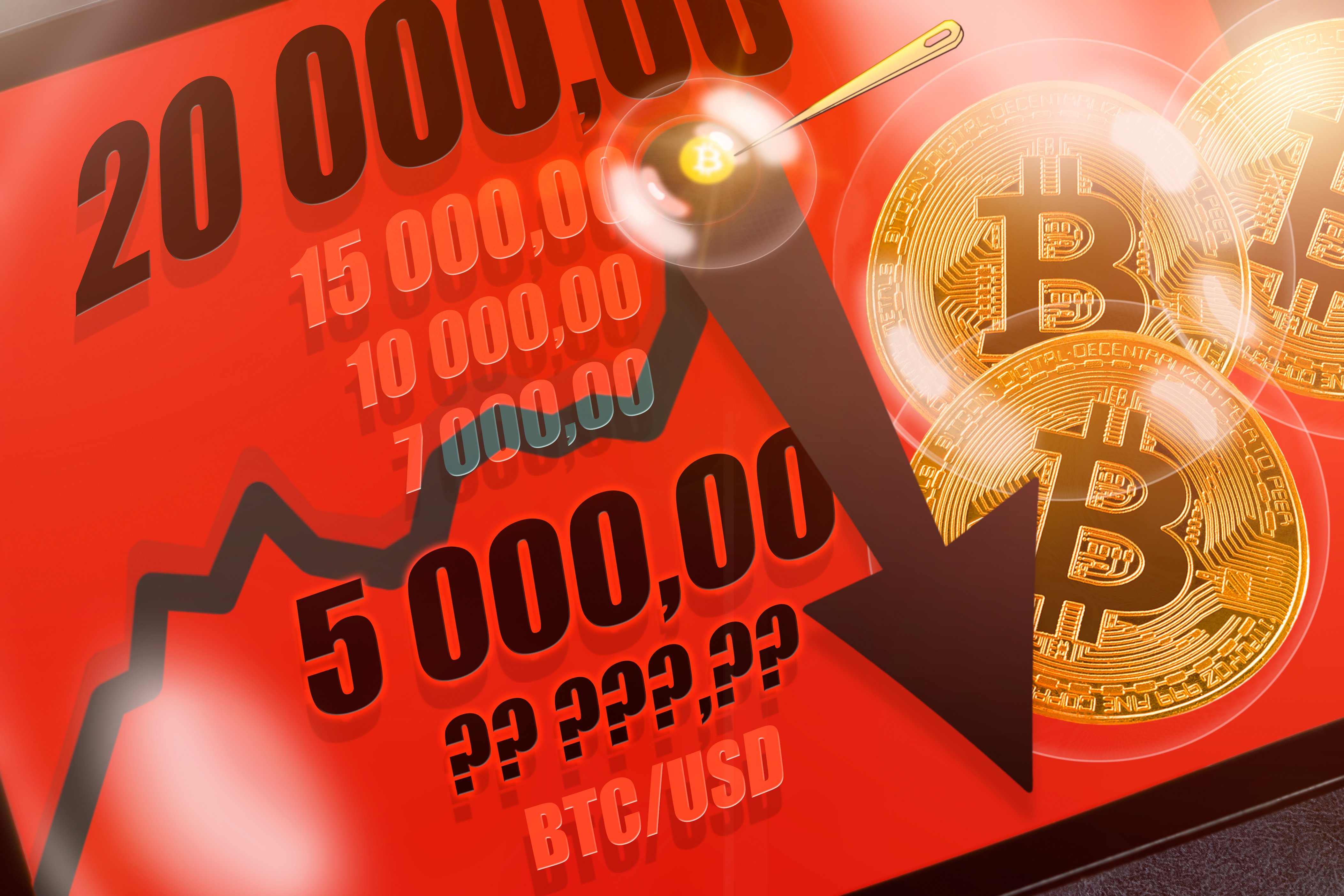 After consolidating within a triangle formation for the last three months, Bitcoin price finally broke out of the trading range. However, to the surprise of most of the crypto community, Bitcoin broke down from the pattern, putting the crypto asset’s entire bull run in jeopardy.

Now that a direction has been chosen, one crypto analyst says that prices under $5,000 are now on the table and a very real possibility. Will Bitcoin price reach such lows once again, or will the leading crypto asset by market cap bounce back from here?

The bearish price action has even the most convicted bulls fearing the worst – that Bitcoin may test former lows, or worse yet, the bottom isn’t actually in.

Starting in April 2019, Bitcoin broke above $4,000 and went on a parabolic tear, taking the price to $14,000 before it was rejected, and the triangle formed. Now, according to one crypto analyst, that price range may be retested as former support, and prices of Bitcoin could reach under $5,000 once again.

Not only would this strike fear into the hearts of all crypto investors and traders who would be worried that the bottom may not be in, but it would also nearly erase the entire 2019 rally completely.

Many Bitcoin bulls had long assumed that Bitcoin had begun its next bull market after a bottom at $3,100 was put in during the 2018 bear market in late December. But now that the crypto asset is headed back down, the entire fabric of its bull run is now being called into question.

The crypto asset is currently finding support at the 200-day moving average, which supported Bitcoin throughout the previous bull market. However, Bitcoin is already looking like it may break through that support and test prices below $8,000 in the coming days.

$8,500 was a level that was supposed to be bought up with fury by bulls, but price broke right through it like a hot knife through butter. Now, Bitcoin price could be targeting $7,000, $6,000, or as the analyst suggests, under $5,000 in the months ahead, before starting a new cycle.

Whatever happens in the days ahead could not only determine the short term trend over the next six months to a year but depending on how low Bitcoin goes, this could have a long-term impact on the crypto asset’s longevity if the market structure is broken and trust in the asset is lost.