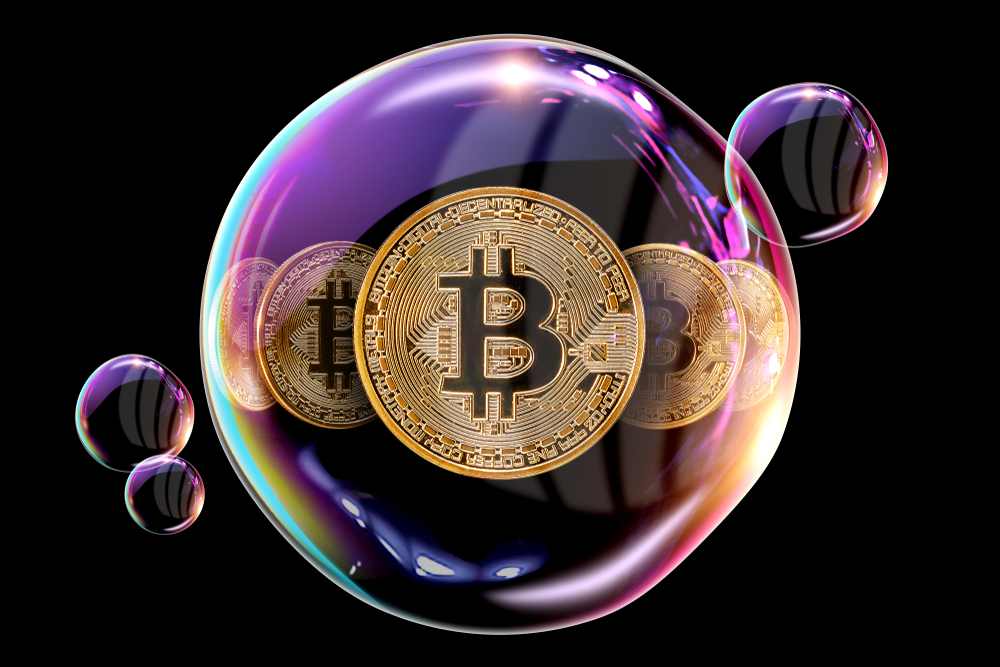 The Crypto Bubble Hasn’t Burst, It Hasn’t Even Begun Yet

Were Nouriel “Dr Doom” Roubini, Jamie Dimon, and Warren Buffet right all along?

Was the 2018 crash the end of Bitcoin? Do we all give up on this decentralised finance stuff and accept the rule of central bankers forever more? It was all tulips anyway, right…

For those who proudly proclaimed that the end of year price action in the cryptocurrency markets was the ultimate bubble for the asset class, the performance of Bitcoin and other major digital currencies this year has largely greeted with knowing nods and “I told you so” responses.

Following this week’s dip, multiple mainstream media sources even seem to be pedalling the narrative that the party is over and those who believed in a sound money future, backed by Bitcoin, were fools.

Bucking this trend, however, is the U.K.’s Independent. In a refreshingly reasoned article from the publication, evidence is presented to suggest that what we saw at the end of 2017 is nothing compared to what an actual cryptocurrency bubble would look like.

We have, of course, only really seen pockets of retail interest in the asset class.

However, over the course of 2018, various financial powerhouses have been positioning themselves to take full advantage of the next wave of optimism over digital currencies.

After all, Fidelity with their trillions in assets and the Intercontinental Exchange with its second-to-none reputation in the stock exchange business are not going to launch their own crypto products without anticipating serious demand from their existing clients and contacts.

The Independent reminds its readers that the dot-com bubble (a financial event often compared with the crypto market) was many times greater than the entire market capitalisation of all digital assets at their highest point in 2017.

To support this, the CEO of blockchain startup Ambrous, Angel Versetti, is cited:

‘I wouldn’t compare the current state of the crypto market to the dot-com bubble… the sheer scale of crypto and dot-com businesses are not comparable. I do not believe we are, or were, anywhere close to a bubble with cryptocurrency.”

Versetti continued, stating that the current downwards market movement is just a large and natural correction.

The CEO then said that once bankers and financiers get involved and the size of the market swells to between $15 – 20 trillion, that’s when it could be deemed a bubble.

Drawing on historical evidence, the Independent goes on to talk of the previous price cycles that have occurred in the number one digital asset, Bitcoin.

What we are experiencing now is the fourth of such crashes and is no different from when Amazon dropped from a share value of $300 in 1998 to just $6 in 2000 before soaring to the dizzying heights it is today.

A radical new technology is always going to undergo boom and bust cycles. They start with a few geeks saying, “this is pretty cool.”

Then, the tech’s current abilities are misunderstood and over-hyped by get-rich-quick types. Finally, improvements are made making the breakthrough more equipped to deliver on the vision of those early developers. This cycle can happen many times over.

For Matthew Newton, an analyst at eToro, such comparisons to former bubbles are shortsighted:

He then praised the community of developers and proponents of cryptocurrency who decide to stay in the space during these downturns, stating (as many have previously) that this is where the real work to both the infrastructure and protocols themselves gets done.

Paving the Way for the Bulls

There are certainly many to add to that list of developers too.

From the teams working day and night on second layer scaling solutions, such as Lightning Labs and those focused on bringing greater anonymity to Bitcoin, such as the Samurai wallet team, to the exchanges creating more fiat on-ramps, as well as those working towards both private and institutional custodial solutions, there is a lot of not-so-behind-the-scenes stuff going on that will not be reflected in the price until those burned in the last crash have had enough time to lick their wounds.

Tags: bitcoinbullishcrypto
Tweet123Share196ShareSend
BitStarz Player Lands $2,459,124 Record Win! Could you be next big winner? Win up to $1,000,000 in One Spin at CryptoSlots