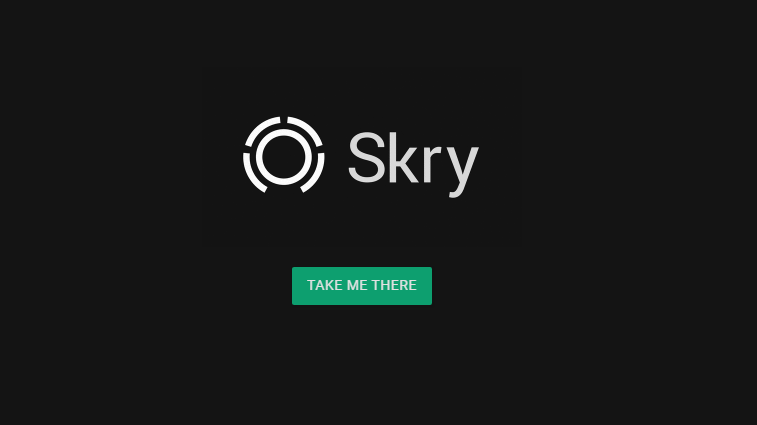 Coinalytics, the blockchain analytics and intelligence company has now started to call itself Skry. The company started in Palo Alto, California by the trio- William Gleim, Fabio Federici, and James Edwards has made its name change public in a recent press release. The company has been offering blockchain, big data, and artificial intelligence services to financial institutions since the past two years.

The company started in April 2014 is one of the few companies that have been offering these services so far. The new name Skry, meaning spiritual vision or seeing through the past, present and the future is an apt name for the company that is involved in analyzing, tracking and conducting due diligence of the information available on the blockchain.

Apart from the news about the company’s rebranding as Skry, Coinalytics has also announced the addition of new team members to the team. Some of the industry experts joining Skry includes Dr. Akash Singh and Dr. Masoud Nikravesh. Dr. Akash Singh has been the CTO of Huawei’s Data Science division and worked with IBM as a researcher in the past is now the CTO at Skry. He has also been one of the instrumental personalities behind the development of IBM’s Watson artificial intelligence based computing system.

Similarly, Dr. Masoud Nikravesh will be filling the role of the Chief Data Scientist. Earlier, he has served as the Director of CITRUS, UC Berkeley and as a visiting scientist at the Lawrence Berkeley National Lab.

With the addition of these experts, the company is looking forward to ‘up its game’ in the sector. According to the company, Skry will be focusing on compliance and anti-money laundering services for the bitcoin blockchain. At the same time, it will soon be expanding to include Big Data and Artificial Intelligence related analytics services for financial institutions and enterprises to its portfolio as well.

Skry’s vision is perfectly aligned with the progression of bitcoin technology. The applications of blockchain as exceeded its primary prerogative as a distributed ledger for bitcoin transactions and its use in big data and internet of things is already being contemplated. At the same time, developments in computing have led to the development of various intuitive artificial intelligence programs as well.

As the world gradually moves towards these things, Skry is bound to have many takers for its services. With bitcoin gaining more financial acceptance and the banking sector looking into the blockchain technology, the use for blockchain based financial intelligence and compliance services holds more relevance than ever.

With the company taking a new approach, under a new name, we can expect Skry to come up with some amazing services in the coming days.