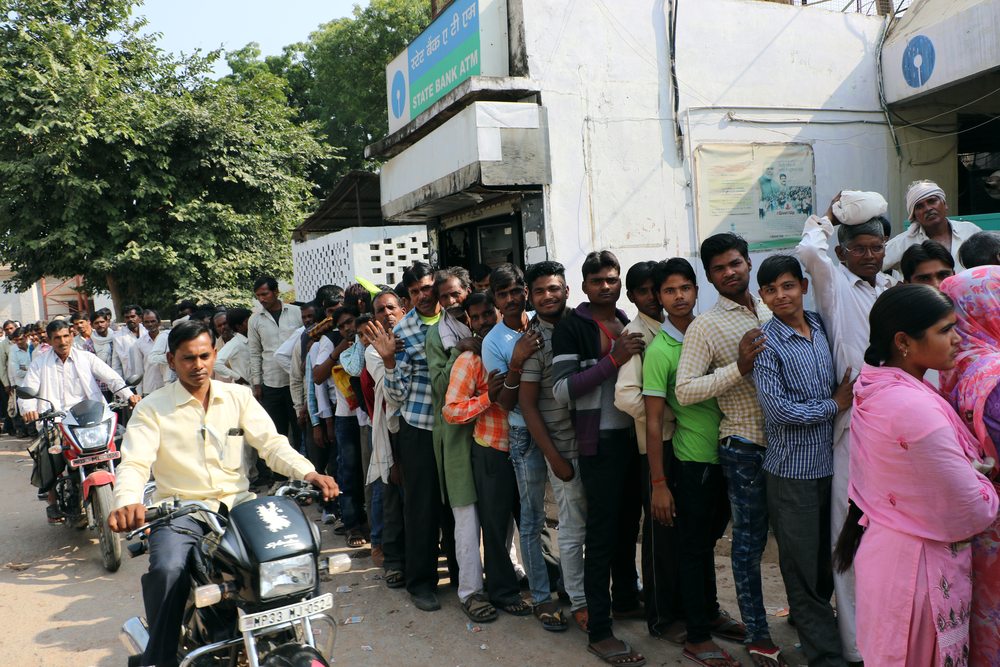 Ever since the Indian government began their demonetization efforts, things have gotten out of hand quickly. Late last year, the country’s bank ATMs were on the brink of running dry. Luckily, the crisis has been averted ever since. Unfortunately, it appears things are even worse right now, with over 90% of the country’s ATMs running dry. It is evident access to cash remains a big problem in India, although no one expected anything different.

Very few people are surprised to learn India’s bank ATMs are running out of money again. Things have been looking dire for the country ever since the demonetization process began several months ago. Nearly five months after this change, things have only gotten worse. Northern bank ATMs are almost all out of cash and their Southern counterparts are not faring much better. This once again leaves consumers without cash during troubling times.

It is not surprising consumers are losing confidence in financial institutions right now. It is the second time in less than half a year access to cash is restricted. The first time happened due to the change from old banknotes to new ones. Issues were to be expected at the time. However, this new debacle has thrown a curveball no one saw coming. While India has high hopes for electronic payments, a cash crisis is the last the country needs.

With most of India’s cash diverted north due to the recent elections, things are not looking great. In fact, this additional supply has only made ATMs run dry even quicker. Once ATMs in the south run dry as well, things will get a lot dicier.A lot of bank teller machines still cannot handle the new note denominations either. Such a problem is simply unacceptable in this day and age. It is unclear why the necessary upgrades are not completed, though.

All of this shows demonetization efforts are never the right answer. Indian government officials thought they had things in order but they messed up spectacularly. The average consumer is the one suffering the most from this problem once again. A solution is needed now more than ever before. It is expected free ATM withdrawals will be removed altogether moving forward. For some reason, the government believes dissuading people from using cash is still the answer. It appears they didn’t learn their lesson the first time around.