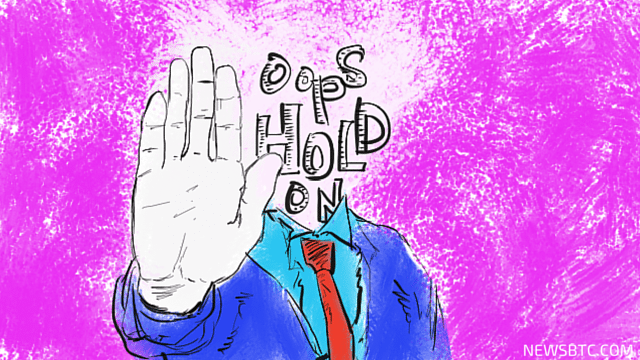 Update – Reports have surfaced that a segment of Purse.io customers did not only receive a password reset notification on their emails, but also received the confirmation code and confirmation mail stating that their funds have been successfully transferred. It is still not clear which part of the system was compromised as the company has not made any information public yet.

According to few redditors, the company might have lost a portion or all of the bitcoins stored in its hot wallet due to the attack. The attack seems to be localized to Authy 2-factor authentication tool users. There are also reports that few users are still not able to access their Purse.io account. However, the company seems to be handling the recent events pretty well.

Purse.io had temporarily halted its service for some time yesterday to investigate a glitch. The company is one of the leading online marketplace that connects allows users to use buy or sell gift cards for online ecommerce sites like Amazon and others using bitcoin.

The temporary suspension of Purse.io services yesterday for some time came amid fear that the well-known bitcoin to gift card exchange service might have been compromised by a hacking attack or something worse. The issue started after users started reporting that they have received password reset notification for the purse.io account on their email. None of the users who received the password reset notification, never really authorized it.

The affected Purse.io users came out on social media and reddit reporting the issue. The issue was acknowledged by Purse.io and the company temporarily suspended funds transfer by securing all funds available on the platform until the issue was investigated. The service was restored to normalcy few hours ago.

In a blog post the company had announced that it has received complaints from users and as a safety precaution, Purse.io secured all its funds before starting a thorough investigation. The blog post was later updated with an announcement about restoration of services.

Few Purse.io users have reported that they have lost tiny fractions of bitcoin from their balance during the period. While we haven’t been able to verify these claims yet, Purse.io has responded to each one, assuring the safety of their funds.

Purse.io was among the firsts to come up with a service that indirectly allowed users to pay with bitcoin for their purchases. Purse.io makes it possible by allowing those with unused gift cards to exchange it for bitcoin and vice versa. Users can buy gift cards for huge discounts on Purse.io platform in comparison to other platforms.

Tags: amazonbitcoinBitcoin Newsgift cardspassword resetPurse.iosuspension
TweetShare
BitStarz Player Lands $2,459,124 Record Win! Could you be next big winner? Win up to $1,000,000 in One Spin at CryptoSlots