TechCrunch Creates a New Series on Crypto and Blockchain Technology 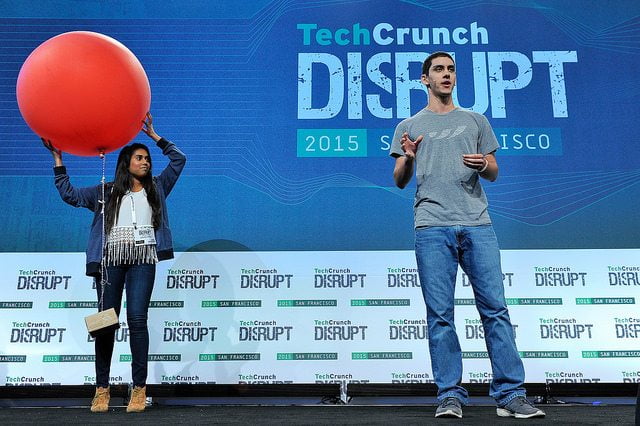 Bitcoin is probably the hottest invention of the last decade. At the current rate of growth, combined with its limitless potential, Bitcoin’s underlying blockchain technology may become the most disruptive revolutionary technological invention of this century.  Irrespective of individual opinions, it is impossible to ignore the cryptocurrency revolution. TechCrunch, the online technology magazine is convinced of Bitcoin’s legacy.

Acknowledging the popularity of Bitcoin and blockchain technology, TechCrunch has recently announced the release of its own upcoming series, “Trust Disrupted” on cryptocurrencies. The six-episode series is set to air on the platform’s YouTube channel starting Monday, 10th of October 2016.  According to TechCrunch’s announcement, the series will be featuring Nathaniel Popper, the well-known reporter from New York Times. Nathaniel has already made a name for himself in the Bitcoin community with his book, “Digital Gold: Bitcoin and the Inside Story of the Misfits and Millionaires Trying to Reinvent Money”. The TechCrunch series is said to be based on the very book.

In addition to Nathaniel and his book, the series will also feature some of the well-known Bitcoin developers, influencers, and scholars. TechCrunch has already given a brief outline of the plot for each of the six episodes.

Episode 1: About the creation of Bitcoin and the blockchain.

Episode 2: Coverage of the global Bitcoin mining network, miners, and the governance system.

Episode 4: Rise of digital currency and its acceptance in mainstream financial institutions.

Episode 5: Ethereum, its potential, and the recent hack.

The first two episodes will be released together on Monday, followed by a new episode every week.

Bitcoin has now become part of popular culture. Increasingly television shows and movies are including references of Bitcoin or cryptocurrencies. While the NBC’s series, Mr. Robot includes references to Bitcoin and “ECoin” (a fictional digital currency), Sony’s StartUp series revolves around a cryptocurrency startup where the cryptocurrency in question shares lots of similarities with Bitcoin in its early days of adoption.

On the brighter side, these popular references and informative video series like TechCrunch’s “Trust Disrupted” may create awareness among people, driving mass adoption of Bitcoin.