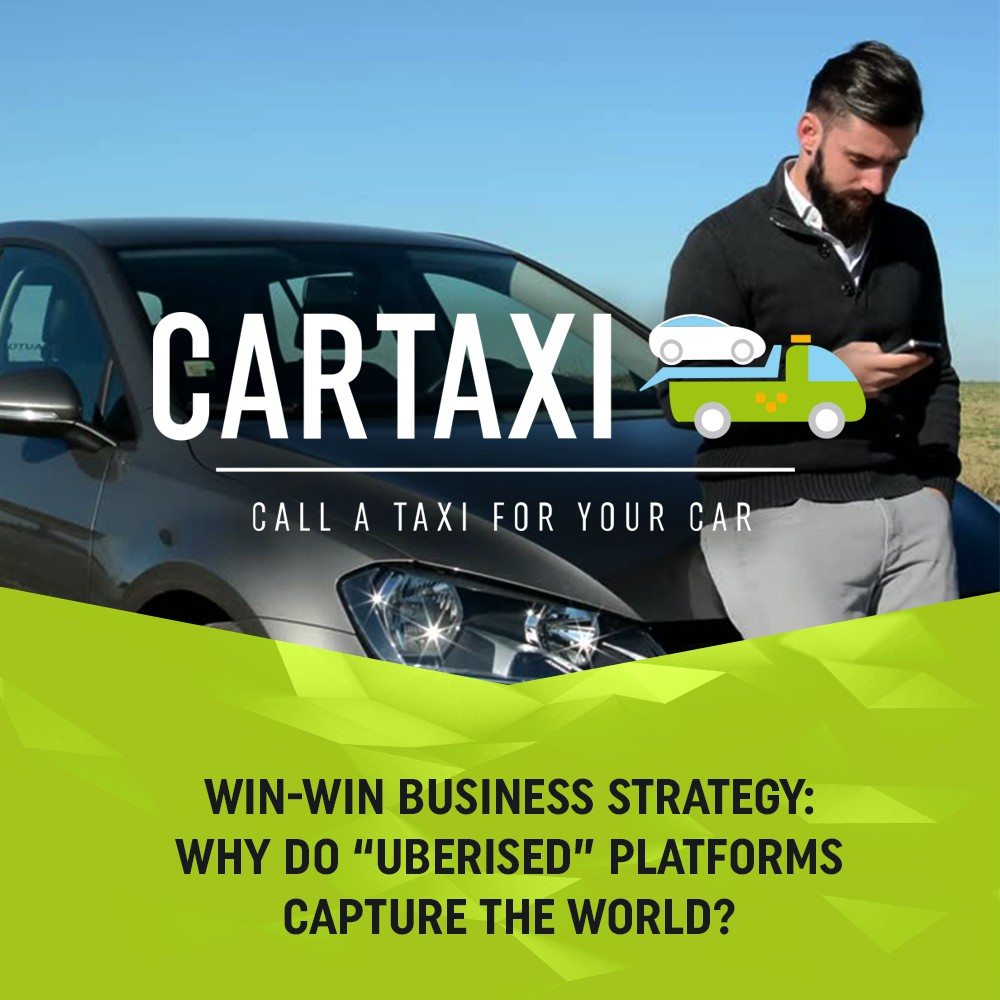 On August 30, the CarTaxi car towing project goes on its first stage of the ICO. The project has no competitors and is the first in its kind operating service in the real sector of the economy. After the explosive growth of the market share in Russia, CarTaxi is in the stage of global expansion. The funds raised for the ICO (initial coin offering) will be directed to the first start of operations in the markets of the United States and China in 2018 and the next stages of expansion in other key regions. For the next 2 months since its launch, CarTaxi has shown a rapid growth in the coverage of the Russian market, having conquered the largest metropolises.

Among the mass of fantastic, futuristic and disconnected from real life projects, investors of CarTaxi have the opportunity to participate in an actually running business. CarTaxi operates in the real sector, with a multibillion-dollar global market without competitors. You can call this project fantastic only by the amount of demand amongst customers.

The project CarTaxi unites all tow trucks on one IT-platform. The service gives drivers access to a quick and easy order of a tow truck from any point of service coverage in only a couple of clicks, just like ordering an Uber. The program minimizes the logistics expenses of car towing companies and drastically reduces the waiting time for a tow truck. The average ETA in CarTaxi is under 14 minutes!

Today, the service has more than 20,000 customers, including large corporate clients. CarTaxi’s staff in St. Petersburg coordinates the preparation of operational offices in Hong Kong (China) and San Antonio (USA). The infrastructure for fast connection of partners in these countries is ready.

In the fourth quarter of 2017 on the CarTaxi platform, we planned to activate blockchain technology based on the Ethereum’s smart contract. The blockchain technology is needed by all companies that, like CarTaxi, works with partners, and moreover, connects partners with customers. Blockchain in CarTaxi simplifies, expedites and makes controlling of all orders easy when entering the global market.

With the help of smart contracts, CarTaxi investors can track real-time operational activities of the company, obtain statistics on the number of orders executed and revenues. Registration of suppliers, partners, and customers (car owners) is done through a smart contract. The data from creating orders and management of their execution cycle from the moment of accepting the order by the tow truck driver to unloading of the car also falls into the blockchain. As do payment transactions with suppliers and partners.

The first round of the ICO will start on August 30, 2017. During this stage it is planned to attract more than 687 thousand dollars from interested investors, selling 12.5 million CTX tokens issued by the project. From September 29, 2017, the second stage of the ICO will be held, resulting in an expected $ 48 million investments to expand the project.

The goal of CarTaxi is to take 20% of the global market in the period of 5 years and become the number one thought of drivers around the world.

According to the plan, in 2018, operational activities and active promotion in the markets of China and the US and the opening of offices in India, South America, Southeast Asia, Eastern and Western Europe will be launched. By 2019, the company plans to achieve a leading position in the market of post-soviet states (state members of CIS), China and the US, and by 2021 – the global coverage.

Tags: blockchaincartaxiICO
Tweet123Share196ShareSend
Win up to $1,000,000 in One Spin at CryptoSlots