LiveTree’s ICO Raises over $11m in Token Sale So Far 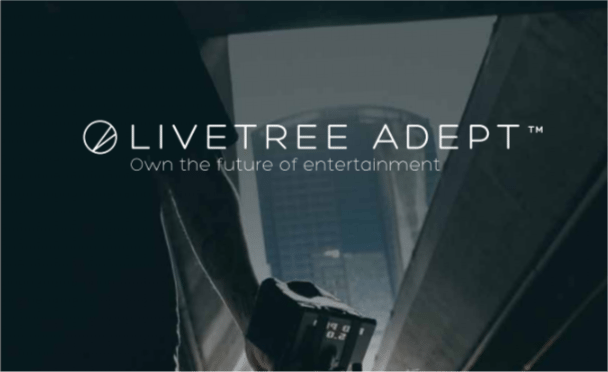 LONDON, 20th March 2018: LiveTree – the world’s first blockchain-powered, end-to-end production and distribution platform for TV & film – has raised over $11m and counting from their token sale.

Growing from strength to strength since the token sale started in December, LiveTree’s soft-cap was swiftly reached and surpassed. With a total of $11m raised so far, and just over a week remaining for the token sale, this ICO is set to grow even further.

“LiveTree has been making headway in the entertainment industry for the last two years, with its existing crowdfunding business capturing 5% of the UK entertainment crowdfunding market share. With a network of film and TV industry partners engaged already, it has further bolstered its offer by gaining even more key strategic partnerships during the ICO launch,” said Ashley Turing, CEO, Livetree.

Several major partnerships have been announced since their token sale began; the biggest being their $10m partnership with investor Token Communities. As well as that, Token Communities’ CEO, Alex Lightman, has joined LiveTree’s advisory team to advise on business strategy and investor relations. Token Communities’ extensive connections in the broadcast sector make this partnership fruitful.Additionally, a strategic partnership with cryptocurrency investment bank, Almora was announced, and the Seed token sale was underwritten for $3m. Almora’s engagement also includes providing strategic support for the tokenomics and marketing of the token sale for Seed. The Almora team includes Evan Luthra who is a Blockchain expert and serial entrepreneur.

Ashley Turing has been engaging the crowds globally by participating in blockchain events talking to investors as well as providing thought leadership as part of various panel discussions.

LiveTree are on a mission to revolutionize the film and TV industry, using blockchain technology to reimagine the way film and TV content is created, funded and distributed. The token sale for Seed is now on and ends on 1st April, 23:59 UTC.

LiveTree is revolutionizing the entertainment industry with the world’s first blockchain-powered, end-to-end production and distribution platform for TV and film. Established two years ago with a mission to give control back to content creators, LiveTree has captured over 5% of the UK market share in entertainment crowdfunding.