ProBit Raises $50,000 During CitiOs IEO Sellout and Continues to Dominate the IEO Market 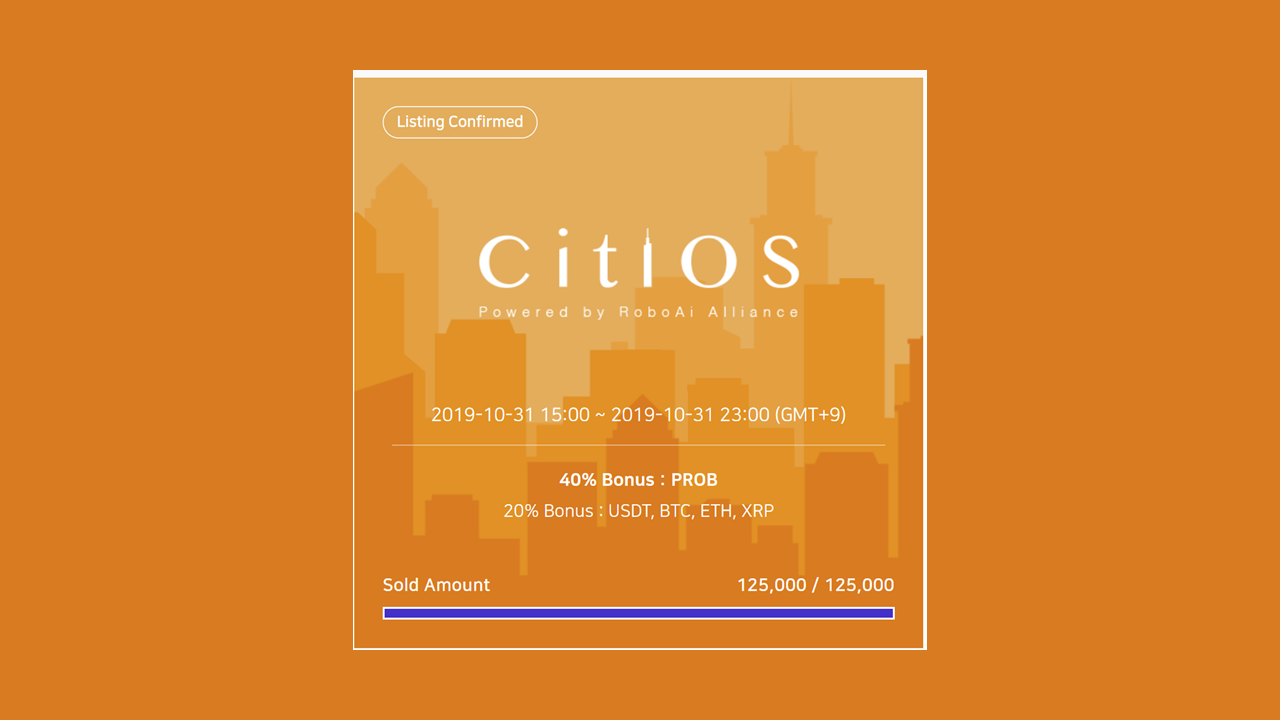 ProBit Exchange has successfully wrapped up another IEO offering for IoT and blockchain smart solution provider CitiOs, concluding the token sale less than an hour after opening up on October 31 at 15:00 KST. CitiOs was able to raise $50,000 in the process, with the exchange’s appealing bonus structure and their unique token bombing mechanism which burns 50 tokens for each token purchased during their IEO certainly helping sweeten the pot.

The freshly wrapped up campaign follows on the heels of the recently sold out Medium Launchpad that raised ~$350,000 in just 40 minutes and boosted ROI for investors by 2.26, managing to outperform even Binance’s most recent IEO which delivered about 1.8 ROI.

This was no anomaly as ProBit has continuously knocked IEO and subsequent listings out of the park including a combined ~$2.3 million for Boltt Protocol, SPIN Protocol, LINIX, and Steemhunt.

The exchange has conducted over 100 rounds of IEO for blockchain projects hailing from around the globe, an impressive feat considering their official launch was less than a year ago.

ProBit Exchange is also rolling out some brand new changes starting November 5th. Through trade mining, users staking a minimum of 10,000 PROB can recoup 20-100% of their transaction fees in PROB based on their membership levels when trading specific trade mining pairs.

Staking their native token PROB also affords a bevy of additional benefits, including a daily rewards distribution based on a 4% per annum basis along with airdrops scheduled throughout the year.

A freshly revamped referral program provides up to 30% referral bonuses and the constantly upgraded user benefits have continued to attract global users while ProBit’s considerable campaign success continues to drive demand for their ability to fundraise and create significant ROI for projects and investors.

Through the Internet of Things and sensing devices, CitiOs will digitize the services of the city and provide applications for data research, resource management, insurance, business transactions and risk control for government, industry and research institutions. CitiOS also has built-in crypto token R2R for point-to-point micropayments, high-speed transactions, and zero transactions fee.