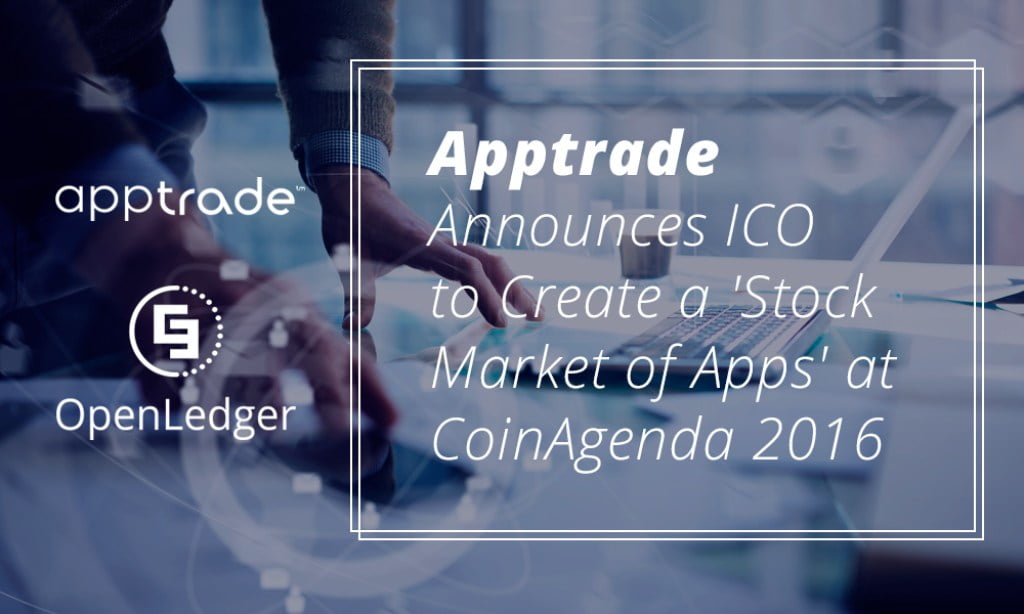 The advancement of technology and mobile devices has led to the creation of a whole new section in the economy, aptly referred to as the “App Economy”.  It includes a range of economic activities surrounding mobile applications. Apptrade, a blockchain platform has leveraged upon the distributed ledger technology to create a system that leverages upon the app economy.

Apptrade defines itself as “The Stock Market of Apps”. Created by an experienced ‘app broker’ Daniel Pineda, Apptrade allows app developers and publishers to create a collective fund by pooling their resources. Each app publisher contributes a portion of their app earnings to a shared digital reserve which acts as a collateral which in turn helps them attract more funding.

The digital reserve is secured over blockchain and based on the size of the reserve, proportional crypto tokens signifying the funds are created. These tokens act as an investment vehicle for the institutional investors, who can buy into any of the applications. All the transactions are carried out on a standardized platform in compliance with all the regulatory features. Upon buying into an app or apps, investors can choose to trade his holdings (in the form of crypto tokens) on the upcoming Apptrade market at a price defined by the supply and demand of such tokens.

The soon to be launched market analysis tool allows investors and potential buyers to analyze the value of each app, along with future revenue potential to be able to make an informed decision.  The value of crypto tokens is supported by another stable token called smartcoin which is backed by the actual digital reserve containing collective funds contributed by all the participating publishers.

Apptrade is still in the process of building the whole ecosystem. After inspiring investors’ confidence at Money2020 and CoinAgenda events, the platform has announced the launch of an ICO. The Apptrade ICO is being organized in partnership with OpenLedger, a cryptocurrency crowdfunding platform.

Investors participating in the ICO will be able to buy Apptrade’s own tokens, which will entitle them to a portion of 10 percent of net market value and revenues generated by the Apptrade ecosystem. The funds raised through the ICO will be used by the platform for further development and marketing.

Apptrade will make it easier for the investors to claim a stake in some of the best performing apps in the market. At the same time, the app publishers will have a better chance of gaining investments as the collective fund backed tokens makes the offering much attractive to investors by reducing the potential risks.

Tags: app economyApptradeblockchaincoinagendamoney2020openledger
Tweet123Share196ShareSend
Win up to $1,000,000 in One Spin at CryptoSlots